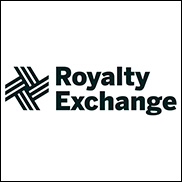 NEW YORK (CelebrityAccess) — Royalty Flow, a new venture from digital royalties marketplace Royalty Exchange announced that the company plans to buy a stake in the royalty stream from rapper Eminem's recorded music catalog, which they will open up to external investors.

Using regulation A+ of the federal JOBS (Jump Start Our Busines Start-Up) Act, Royalty Flow said they hope to raise between $11 million and $50 million capital in exchange for the sale of a 25% stake in Royalty Flow and if they meet their minimum funding target, to launch an initial public offering on the NASDAQ.

According to a press release from Royalty Exchange, investors in the IPO will be able to invest in the royalties of the company's stake in Eminem's recorded music catalog, inclusive of all of his material through 2013.

Notably, Eminem is not part of the deal and access to his catalog comes through an agreement with Mark and Jeff Bass', who often work as producers for Eminem, with credits on albums such as The Marshall Mathers LP and The Eminem Show.

As well, the company said it plans to seek other royalty interests in additional catalogs and media assets to expand their offerings.

“If you’re a fan and wanna bet on that artist, you’ve got some skin in the game,” Joel Martin, a Bass Brothers business associate, told Bloomberg. “It takes the average investor and puts them in a position they wouldn’t be in before.”