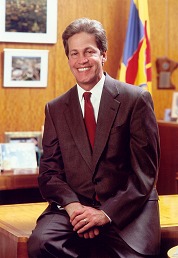 (CelebrityAccess News Service) – Senator Norm Coleman (R-MN) criticized renewed efforts by the RIAA on January 21 to continue to use the courts to sue individuals that the industry group believes are illegally sharing files on the Internet. "I don't believe lawsuits are the answer to the RIAA's problems," Coleman said. "While the industry has every right to protect its intellectual property, lawsuits should not be the primary means by which they do so.

The recording industry sued 532 computer users on January 21 — the largest number sued at one time since the RIAA first launched its legal battle against illegal file sharing last summer. The defendants were identified only by their numeric Internet protocol addresses, since a federal appeals court last month ruled that the recording industry can't use the subpoenas to force Internet providers to identify music downloaders without filing a lawsuit. RIAA spokesmen said they will identify the defendants, who if convicted face civil penalties or costly settlements, through the legal process.

"The decision by the RIAA to rely primarily on the fear of the courts and litigation to pummel P2P users is unfortunate and misdirected," Coleman said. "Although the John Doe lawsuits now utilized by the RIAA may afford the consumer some additional protection than the previous litigation governed by the Digital Millennium Copyright Act (DMCA), I still believe litigation alone is not the answer."

Coleman called upon industry officials to seek a more proactive, long-term solution, instead of using the fear of lawsuits to deter illegal file sharers. "I urge them to participate in a dialogue with the broader digital community to find solutions that will not only address the economics of the entertainment industry, but the powerful potential of technology to open new doors of economic opportunity and growth," Coleman said.

As chairman of the Permanent Subcommittee on Investigations, Coleman has held numerous hearings to address the problems facing the music and motion picture industries, which have found that technological innovations, rather than more legislation, can combat illegal downloading. Within several weeks Coleman will convene a roundtable of industry and technology leaders to address the crisis facing the industry and find a proactive solution.
–Jane Cohen and Bob Grossweiner