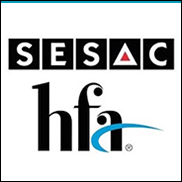 
The news, first reported by the New York Times, will put for the first time under the same licensing umbrella performance and mechanical rights. Terms of the deal were not disclosed.


The NMPA has owned Harry Fox since its creation in 1927 and its CEO David Israelite had confirmed to Music Week earlier this year that publishers were looking to dispose of HFA. SESAC, which was founded in 1930 as the Society of European Stage Authors and Composers, had long been the main suitor.


SESAC is the smallest of the USA`s three PROs, after ASCAP and BMI. Its revenues for 2013 were estimated to be around $167 million and $182 million in 2014 according to Moody’s Investors Service. It represents a catalogue containing over 400,000 songs, including most of the works from Bob Dylan and Neil Diamond, and a significant country roster.


The majority of SESAC`s capital is owned since December 2012 by private equity firm Rizvi Traverse. It acquired 75% of the company for a reported $591 million from a group of investors — including Allen & Co. and financier Stephen Swid — who had owned SESAC since 1992. Swid had previously acquired publishing company CBS Songs in 1987 alongside partners Marty Bandier and Charles Koppelman, to re-name it SBK and later sell it to EMI Music Publishing.


John Josephson, a board member since 1992, was appointed in 2012 chairman and CEO of SESAC, with long serving CEO Pat Collins promoted to president and CEO of the subsidiary SESAC Performance Rights. –According to MusicWeek