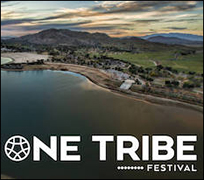 LOS ANGELES (VIP NEWS) — Promoter SFX is canceling the One Tribe festival outside Los Angeles as a result of poor ticket sales.


The festival that was scheduled for Sept. 25 and 26 with performers Kygo, Damian Lazarus and Carl Craig. One Tribe was supposed to be the first California festival for the major dutch dance promoter ID&T, which SFX bought in 2013, and was advertised to include yoga, "spirituality," "wellness" and "water activites" with the music.


"We had an ambitious plan to bring an innovative and unique experience built around the spirit of community, art and music to an amazing venue in Southern California," managing director of SFX Live North America Jacob Smid told the New York Times in a statement. "Unfortunately, disappointing ticket sales put us in a position of choosing between compromising our vision and the overall experience at One Tribe, or canceling it."


Meanwhile, SFX`s other events are all on for the time being. These include the Electric Zoo festival in New York this weekend and TomorrowWorld later this month outside Atlanta.


The much beleaguered dance-music conglomerate`s stocks have tumbled more than 80 percent its value this year, as chairman and CEO Robert F.X. Sillerman recently failed to complete a bid to take the company private and then announced plans to consider offers for some of its pieces.


Moody’s and Standard & Poor`s both downgraded SFX`s corporate ratings last week, which the Times reports now have caused short-term disruptions in the company`s business, according to a filing with the Securities and Exchange Commission. The result has forced SFX to make "upfront payments to more of its live event vendors, impacting the company’s liquidity." — According to Billboard