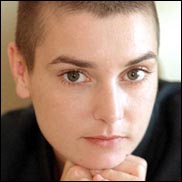 LONDON (VIP NEWS) — Sinead O’Connor has hired herself a new manager in one-time Wham! warden Simon Napier-Bell of Snap-B Music, and has a deal already in place to release a memoir.


As previously reported, O’Connor became managerless last month after parting ways with her old one for mostly personal reasons, placing a ‘manager wanted’ ad of sorts on her blog.


Napier-Bell says that, on reading the post, he and his Snap-B partner Bjorn de Water took a plane straight to Dublin to talk with Sinead. “We saw that piece which Sinead put on her website, and I said that’s really just the right person for us. The whole thing took four days. Everybody clicked and we’re very happy about it”.


He adds that he will give O’Connor free rein to say and do whatever she likes, saying: “I don’t do muzzling. Muzzling’s the death of an artist, for Christ’s sake. What other artist was ever muzzled and ever produced anything any good? She’s a mature mother of four children. She herself has worked constantly on making herself a more controlled and disciplined artist. She absolutely must not change her involvement with social objectives and politics, and her songs should always reflect that – otherwise you don’t have Sinead O’Connor”.


Napier-Bell adds that O’Connor also wants to write songs for other artists, and will mainly be concentrating on writing her book in the near future, having apparently got a publishing advance from Penguin in the US.