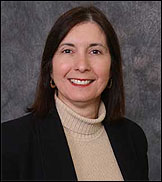 In early May 2005, SMG was awarded a contract to provide pre-opening and management services for the University of Virginia's John Paul Jones Arena, a 15,000-seat, state-of-the-art venue set to open in the spring of 2006. Wilson recently served as the general manager of the SMG-managed Richmond Coliseum where he was directly responsible for overall management promotion and operation of the facility. During his tenure Wilson took the Coliseum from a $1,000,000 loss to a $10,000 profit and was responsible for the annual hosting of CAA and MEAC College Basketball Tournaments. He has also served as assistant general manager of the CenturyTel Center in Bossier City, LA; another SMG-managed facility.

"I am extremely excited about the opportunity to work with such a distinguished University, at what will be a stellar venue, and also to be a part of the Charlottesville community," said Wilson. "I am leaving a great city and will miss Richmond and the facility, but I know the venue will be in great hands with Dolly Vogt."

"Mr. Wilson has done a tremendous job of managing the Richmond Coliseum, particularly in ensuring availability of a wide variety of sports, musical, and other entertainment bookings," said Mayor L. Douglas Wilder, "His fine efforts are greatly appreciated, and I wish him every success in his career."

Wilson is a veteran manager with 16 years experience in the facility management industry, serving on board of directors for ACOM and is a member of IAAM, ASAE and PCMA, and a 1998 graduate of Oglebay Facility Management School.

Vogt recently served as the director of sales and marketing at the SMG-managed Sovereign Center in Reading, PA. Her career spans 15 years while holding general manger positions at the Amphitheater at Regency Park, now the Booth Amphitheater, North Carolina, as well as the Mountain Laurel Center for the Performing Arts and the Lakewood Amphitheater in Atlanta. She has also held positions at SFX Entertainment and MCA Concerts.

"I am really delighted to be moving back to the South," said. Vogt, "The Richmond Coliseum is perfect for me and I am looking forward to making Richmond my new home."

The Richmond Coliseum is a 13,400-seat arena with 50,000 sq. ft. of exhibit space located in the downtown region of Richmond, and hosts approximately 120 events annually; drawing over 600,000 visitors and is home to the United Hockey League's (UHL) Richmond Riverdogs and the Richmond Bandits of the Atlantic Indoor Football League (AIFL). –Bob Grossweiner and Jane Cohen