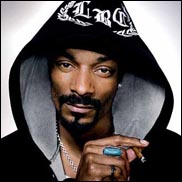 NEW YORK (Hypebot) – MTV and Snoop Dogg have teamed for a global 360 deal that includes both a new TV show and an album release. "Dogg After Dark" is a "nightclub" variety talk show premiering February 17th on MTV and a new album "Malice In Wonderland" will follow. Snoop's catalog is also being released via a recently announced deal with MTV's "Rock Band" video game.

ANALYSIS: Who will distribute and promote the release is unclear as is MTV's involvement in the rest of Snoop's empire. Cutting a 360 deal is easy, but making it work is much harder. As veteran UK manager and promoter Harvey Goldsmith quipped at MidemNet, "360's are a great idea, but so far no one's been willing to put the money behind building a staff and doing it properly".

"When [MTV Networks Music/ Films/ Logo Groups President] Van Toffler and I sat down boss to boss, a global quintuple threat takeover was masterminded," Snoop said in a statement. "As the world of entertainment keeps changing, we felt it was the right time to let Snoop Dogg back on MTV so we could continue to run thangs with music, movies, DVDs and bring hip-hop to 'Rock Band.'

"So screw ya wigz on tight and tune in on Tuesday nights for the first step to the next level of Snoop D-O-double-G. 'Dogg After Dark' is the only nightclub TV show hosted by you-know-who. So take a journey with me through the mind, body, soul and musical mind state of the most prolific, authentic game spitter. And tha sh– is funny, so show me da money!"