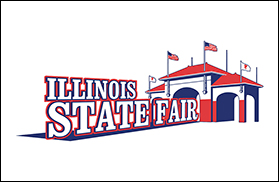 SPRINGFIELD, IL (CelebrityAccess) — Jim Langfelder, the Mayor of Springfield, is seeking the state to allow the city to annex the Illinois State Fairgrounds and use sales tax generated there for repairs to buildings on the property, including the Coliseum.

According to the State Journal-Register, the Coliseum has been closed since October 2016 when safety inspectors determined that structural damage to its roof made it unsafe for use. As well, several other buildings, including horse facilities, have been closed due to needed repair work.

Langfelder told the Journal-Register that equestrian events canceled since Coliseum was closed have led to a 25% decline in business for local hoteliers, with a follow-on decline in trade for restaurants as well.

“Once you lose (the horse shows), it’s hard to get them back,” Langfelder told the publication. “It’s absolutely an economic hit for us.”

Repairs to the 101-year-old Coliseum could cost as much as $3.7 million, according to a 2016 report by Hillsboro engineering firm Hurst-Rosche. Other upgrades under consideration, including improvements to the building’s climate control systems, could add as much as 3 million more, the Journal-Register reported.

State legislators declined to say whether they support the proposal, but say they are keeping an open mind.

“I’m open to all sorts of ideas,” State Rep. Tim Butler, R-Springfield told the Journal-Register. ”… Specifically for this idea of annexing the fairgrounds into the city, you need everyone at the table talking about it — the county, t, e city and the state.”