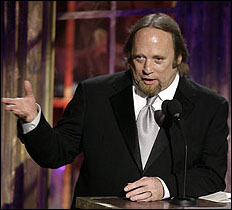 LOS ANGELES (CelebrityAccess MediaWire) — Singer-Songwriter Steven Stills revealed in a telephone interview with Larry King that he has prostate cancer.

Stills, formerly a member of the seminal folk-rock band Crosby Stills and Nash mentioned the illness while discussing the cancer-related recent death of musician Dan Fogelberg.

"Unlike Danny, who left it too long to be seriously checked, Stephen found his at an early stage," he told King.

Stills reported that he will undergo an operation to treat the cancer on Jan. 3rd, a date which happens coincidentially, to be his birthday. – CelebrityAccess Staff Writers