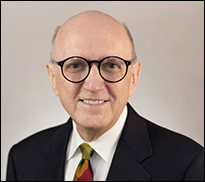 LOS ANGELES, CA., (CelebrityAccess) — John Stiernberg, a bluegrass artist and {resident and founder of Stiernberg Consulting, died on November 11th after a months-long battle with cancer. He was 66.

A Chicago area native, Stiernberg founded Stiernberg Consulting with his wife Jeanne in 1993, focusing on business development within the music, audio-video, and entertainment technology industry.

An advocate of music and technology education, John was active in numerous trade organizations including NAMM, InfoComm, NSCA, and CEDIA and often served as a public presenter and author of "Succeeding in Music: Business Chops for Performers and Songwriters."

As well, Stiernberg was an accomplished bluegrass and gospel musician and held degrees in both music and anthropology.

In lieu of flowers, the family has suggested a donation to one of many charitable causes John was committed to, including the NAMM Foundation, as well as Bay City United Methodist Church, Bay City, OR.