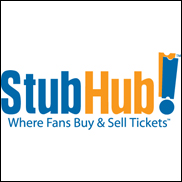 NEW YORK (CelebrityAccess MediaWire) — Ticketmaster and StubHub have managed to settle their two-year-old legal dispute over a case of alleged copyright infringement, TicketNews has reported.

Ticketmaster brought the lawsuit against the secondary ticket vendor, accusing them of facilitating the resale of tickets to the 2007 "Rowdy Frynds" tour by Lynyrd Skynyrd and Hank Williams, Jr. StubHub had secured a contract with tour organizers to be the exclusive reseller for tickets to the event. Ticketmaster took exception to this deal, claiming that it infringed on pre-existing contracts Ticketmaster had with numerous venues on the tour's itinerary and filed suit.

According to TicketNews, the matter has been subsequently settled, although terms of the agreement are undisclosed.