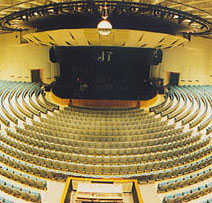 Negotiations are in the works to sell the 3,900-seat Sunrise Musical Theatre in Fort Lauderdale to a Broward County church. The theater is owned by Clear Channel Entertainment.

Clear Channel's Joe Nieman confirmed there were "discussions and negotiations" for the sale, reports Sun-Sentinel newspaper.