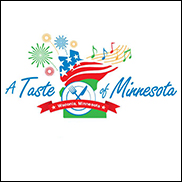 MINNEAPOLIS, Minn. (CelebrityAccess) — Organizers for the Taste of Minnesota festival announced that 2015 would be the final year for the long-running event.

With a mixture of sadness and excitement, I’m announcing today my retirement and the closure of A Taste of Minnesota. This festival was the pride and joy of my late husband Ron, who created it in 1983. I grew to love the event as we managed it together from 1996-2008. When the festival was sold and later closed, I missed the fun and exhilaration, and I often thought about making a comeback with the original team – minus Ron, who passed away in 2010. This dream became a reality in 2014, and our last two festivals have brought joy to a whole new generation in a new host community, Waconia. The 2014 and 2015 festivals fulfilled our goal of providing a fun, family-centered event for Minnesotans over the Fourth of July weekend – the same goal that Taste was founded upon decades ago. I’m confident that now is the best time for me to begin the next chapter of life as a retiree.

Thank you to the fans, vendors and visitors who supported A Taste of Minnesota throughout the years. I’m also deeply grateful to our gracious hosts in Waconia and Carver County, and to the team in Saint Paul who supported us in our first 26 years.
Sincerely – Linda Maddox, General Manager

However, competition from other festivals, as well as the 12-day state fair proved to be too much to overcome. Last year's event was also forced to move from St. Paul’s Harriet Island to Waconia due to flooding, further putting a damper on attendance, according to the Minneapolis Star-Tribune. – Staff Writers