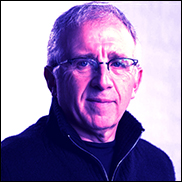 LOS ANGELES (CelebrityAccess) — Billboard is reporting that classic rock legends The Eagles and Fleetwood Mac are teaming up to headline a pair of new festival events that may well become annual events.

Currently being billed as Classic East and Classic West, Billboard said the events would take place in July with shows planned for Citi Field in New York and Dodgers Stadium in Los Angeles.

Each event will be a two-day affair with additional artist announcements in the coming months. Companies involved in the events include Azoff MSG Entertainment, Live Nation, the Oak View Group and CAA, Billboard reported.

If they take place, the concerts would be the first time the Eagles have reuinited to perform publicly since the death of founder Glenn Frey in 2016.

The Los Angeles Times contacted Irving Azoff for comment but he was unwilling to comment, telling the publication “we are not prepared to release anything officially — this [Billboard's reportage] caught us by surprise.” – Staff Writers