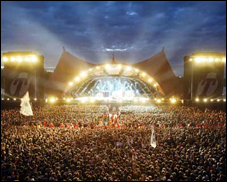 BERLIN, Germany (VIP NEWS) — All signs point towards growth for the German concert and events market, the weak result of the previous year seems to have ended.


According to a study, drawn up on behalf of the Federal Association of the Events Business (BDV) and the industry magazine musikmarkt, the turnover of the industry as a whole rose by a whole 15% to a total of €3.822 billion, which corresponds to an increase of €500 million. This positive development was driven not least by a 9% increase in event attendees compared to the previous calendar year, with attendees totaling 32.9 million in 2013.


Higher ticket prices only contributed to the growth to a small extent, since the average 5% increase from €30.20 to €31.70 was rather moderate.


Overall it was observed that music events tended to have a higher share of turnover than non-music events; according to the study, music events made up more than 70% of events in 2013, with concerts and similar events experiencing an increase of 13% to 24.3 million attendees.


For turnover growth rates, this means an increase of 17% to €2.7 billion in the music sector. After the considerable downturn in the previous year, this increase enabled the music events market in particular to once again build on previous record-breaking years.


“The truly gratifying result of the 2013 events year consists above all in the fact that spectators who refrained from attending events in recent years were able to be won over again”, commented Prof. Jens Michow, President of the BDV, on the current study. “With the end of 2012, the events market in Germany put a difficult year behind it,” added Stefan Zarges, chief editor of the trade magazine musikmarkt. "A return to growth has been confirmed for 2013: more turnover, more visitors, more tickets sold."


The GfK study contains a total of 59 pages of detailed information on the economic developments on the events market, including in relation to related entertainment markets. Thus, for example, it emerged that the increases in turnover from music events have consolidated their position in second place behind the book market, which experienced slight growth (€4.2 billion), as well as further extended the lead on the software/games industry, which came in third.