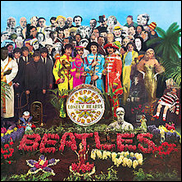 
If you don't know it's about the single, you're still listening to "Sgt. Pepper" on vinyl. Wait a minute, maybe you're one of those people who believe the vinyl revolution is gonna conquer our society and you truly are listening to albums, albeit the National and other modern acts, on your turntable, or maybe you're one of those people stocking up on cassettes, you've heard they're making a comeback too, right?


Don't extrapolate from your musical addiction to the entire world.


The entire world doesn't live and breathe music, doesn't give a whit about your so-called career and only has time for excellence, because they're so overbooked, their online calendars look like the Rosetta Stone.

As for those people talking about streaming cannibalization, keep attacking Spotify… THAT'S NOT THE PROBLEM! YOUTUBE IS!


So I'm sitting with Daniel Ek in Stockholm. Is he worried about Jimmy Iovine and Beats?


Not really. Oh, he's aware Jimmy's a marketer nonpareil. But there is an issue of infrastructure, you've got to have it to scale, and Spotify has got the same wireless deals in many territories, and conversion rate is not fantastic. Yup, it has to be a new contract and it only lasts for a short while and if you think Beats' deal with AT&T or Google's deal with Verizon, both rumored heavily, are going to squash Spotify instantly, you still think that Apple is going to kill us all with a streaming service. Hell, I'd be more worried about Amazon, with its Prime. They're going after Netflix!


What I'm saying here is music streaming comes free with the new Microsoft OS. Which may be a failure, but has still sold millions. Traction? NONEXISTENT!

Because the big streaming kahuna is YouTube. That's where the under 25's go for music. And this is your problem artists. You're getting paid a pittance. You want your listeners to go to Spotify, you're just too ignorant to say so. Kind of like the labels who wanted to kill P2P downloading while proffering no alternative.


That's what's great about Spotify and its ilk. They're ahead of the marketplace. And maybe Jimmy can convince everybody they need a subscription, something Spotify is seemingly unable to do, knowing 1's and 0's but seemingly nothing about marketing.


But the point is don't confuse yesterday with tomorrow. Don't believe we're going to grow a middle class of musicians whose names are known by everybody. No, we're gonna have superstars and niches.


The superstars of tomorrow are gonna be much bigger than those of today. That's the lesson of "Gangnam Style." Online, everything is available, and if it catches fire, it can burn down the whole world.


But there won't be twenty "Gangnam Style’s a year. Nowhere close.


As for streaming impacting album sales… Once again, if you're going to point your finger at any service, it's YouTube, not Spotify, et al. The views on YouTube dwarf the streams on the dedicated music streaming services.


But if you are streaming…

Ever notice on YouTube it's never whole albums? Even Vevo, the label site, is only a track at a time. Sure, you had to buy the album to hear the track in the nineties, but that was FIFTEEN YEARS AGO! MORE!


The album is dying, despite what the aged and the Luddites and the labels that make their profits from them have to say. Because they're a bad fit for today's listeners. No one's got that much time to waste. No one wants to hear that much bad music. No one wants to listen to your album ten times to get it. That's what we did when we had no cash and could only afford one disc, play it ad infinitum, now we just play what's phenomenal.


Yup, the album is dying and you can point your finger anywhere you want to, but you're best off pointing it towards yourself. Robin Thicke has the song of the summer but only 175,000 people in a country of over 300 million want the album? Hey, do you think there's something wrong here? As for the Spotify decrier Thom Yorke, it's like Atoms For Peace never even came out. By the way, did it?


If you do something great, people are interested. They'll listen to your album if it's good through and through and they're fans, but combine those two factors and you come up with a tiny number.


We're in the midst of a revolution.


The future is here but you continue to whine that it doesn't look like the past.