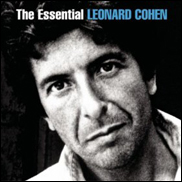 Funny how the most legendary tracks are never hits. Not singles played on the radio, but album cuts that seep into the consciousness,
never mentioned by the hoi polloi, but celebrated by the cognoscenti.
Like Leonard Cohen's "Everybody Knows".

What does everybody know?

Mariah Carey is a twit. Everybody knows Gene Simmons is a breadhead.

Everybody knows "American Idol" is about the drama, not the music.

But the mainstream media never admits the above. It keeps slinging
the crap the big entertainment companies create. They're in cahoots.
It's a closed system. And it can't be changed, because there's too much money involved, and longstanding relationships.

an iPod is stolen. Everybody knows Led Zeppelin is better than any act breaking today.

But the pundits just accuse those into classic rock as being old farts. Like the music of today's players is just as good as those of
the Beatles'. Hell, it's not as good as that of the Dave Clark Five.
Not even Herman's Hermits.

Everybody knows that when acts gets sponsors they do it for the money. Same deal with advertisements. But they wince when classic acts do this. Because they don't want their illusions shattered, don't

How come if everybody knows all of this, you can't read it, you can't hear it? How come we must be subjected to the asexual Ryan Seacrest who the mainstream says is the reincarnation of Dick Clark, who we

The younger generation knows the truth. You might think you're pulling one over on them, jamming empty calories down their throats, but they know you and your products are full of crap.

I thought the Iraq war would generate quality new music. But it turns out the war is a movie playing in art cinemas on the edge of town, you can ignore it without a problem. If you don't want to go, you

what's
in her heart. And you can't ignore that Barack Obama is different.
He's speaking truth. And the youth are rallying around him.

These youth are sick of the lies. Sick of the baby boomers who believe they're entitled. And with their tool, the Internet, with modern technology, they're spreading the word. That they're mad as hell and

they're not going to take it anymore!

Is Barack Obama going to become President? Is he even going to win the Democratic nomination? Will he be proven to be closer to those inside the Beltway than our dream? All interesting questions, but what

we do know is those under thirty are sick of what's been happening in our country and are poised to take up the reins.

How can we not believe in Madonna? A fifty year old with so much plastic surgery she doesn't even look like herself anymore?

How can we not believe in the "New York Times" and the pollsters, who get it wrong time and again?

How can we not believe in the talking heads, spewing from their perspective, completely unaware of the heartbeat of this country.

Hillary thought the heartbeat was patriotic warmongers. She had to be tough on defense. But it turns out having seen New Orleans underwater and an endless conflagration in Iraq people are questioning our

leadership. They want to push the older generation out of the way.

And not only in politics, but music.

It started with Napster. The public felt justified, because everybody knows there's only one good single on an album.

Everybody knows that you can eat all you want for a low price with the mobile and cable companies, but the music business finds this to be anathema.

Once upon a time, the music industry was populated by idealists. But now, anyone who leaves money on the table is a chump. You've got to support your lifestyle. And the acts are complicit in the

shenanigans. You wonder why no one wants the product in the same quantity?

The inane banter. The ridiculous records. Everybody knows that music is just grease to get laid to. To be discarded when the new
evanescent track appears. Greatest hits of the twenty first century?
Everything's disposable!

It's too late. You can't have one foot in the past and one in the present. You've got to abandon your old ways. You've got to play by the customers' rules. Doesn't matter if Wal-Mart wants cheaper CDs,

those under thirty don't want discs. Elvis Costello knows this, how come no one else in the industry does?

But really, it's not about this generation adjusting. That's laughable, just like their wearing of the kids' clothes and hairstyles. Fifty the new forty? Tell that to your brain.

Really, it's about acknowledging that there's a new consensus. And it's not being made by the oldsters. And by oldsters, I mean you, the baby boomer, who thought he was going to rule forever.

This business is being taken over by those under thirty as you read this. People who don't have Mercedes-Benzes, never mind private jets. Who are willing to ride in vans and sleep four to a room. Who put

And this music isn't made for radio. And not for corporations. But for the audience.

Exciting times. If you're willing to realize that everything you believe is wrong.