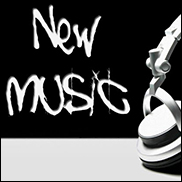 You've got to make news. The fact your album is coming out is no longer news unto itself. And reviews are skipped. So if you're a star act with a cultural impact the only way you'll get traction is by creating a newsworthy event.

Let's say what you shouldn't do.

You shouldn't put out a single a month in advance hoping to build awareness, adding in a leavening of press stories, in print and online, about why this is the act's best album ever and how it came to be, all in an effort to make a big first week sales splash.

The first week is irrelevant, unless you enter at number one, that's the only thing people notice if they notice anything at all. And it's the cherry on top at most. The victory lap a week after your release.

No, you want to come out of nowhere like gangbusters so everybody knows you're in the game and then hope and pray your hard core fans and the gatekeepers will keep your project alive.

The release scheme is the new video. It's like the eighties, but with a twist. Remember when bands carped that they had to spend all that money in a week, in many cases far in excess of the cost of making the record, just to play in the new MTV game?

We're back there. But now you just want raw awareness. That's how far we've come. If you got on MTV, you had it made. Today, even the biggest acts go unheard by most. But if you depend on tonnage to sell out arenas, you've got to have a big announcement.

First and foremost, day and date on all the streaming services. And don't let anybody talk to you about windows. That's death. You want to be on all the services from day one. You might be able to get a check from Apple or Tidal but for all those not subscribing, and that's most people, you're squandering your opportunity for them to check you out. When you finally hit Spotify, et al, later, there will already be new

product in the pipeline for you to compete with. Don't confuse short term money with long term goals. Of course the label will tell you to window (but not Stephen Cooper at WMG, yea!), but that's because the execs all have bottom line pressure, they don't report to you but a board, and their run at the label is oftentimes shorter than yours. So if you're an act, say no to windowing.

As for being on streaming services at all… Where is Adele today? There's zero buzz. Being off Spotify might have helped her wallet, but it hurt her career, her album's stalled, she's not part of the conversation.

So what can you do that's cool?

Beyonce tied in with HBO. Sites with cred pay dividends. People pay attention to what's on HBO because the average level of quality is so high, they think you MUST be good if you're on HBO.

Radiohead removed itself from social media.

What can you do to focus attention on your act?

There are more opportunities than you realize.

Ozzy could do a live show from the Alamo… Or do one at midnight in a sea of bats.

Paul McCartney could have a scavenger hunt in Liverpool, both physical and virtual, testing people's knowledge of the Beatles and his solo career.

Kanye could play a role in "Hamilton" for an evening…

It's not about being everywhere, but somewhere, doing the one thing that will get coverage everywhere. And believe me, it will. Just check Google News. Outlets all around the world report the same damn story, assuming you can get their attention in the first place.

If you are not a star, forget the above, don't waste your time. You're building an audience one by one.

And if you are a star, on drop day not only do you want the splash page on all the streaming services, you want to be featured in as many playlists as you can, along with posting a playlist of your greatest hits and another with your personal listening choices.

I know, I know, it sounds like a lot, like you're blowing your wad all in one day. But your goal is to break through the morass of information, to own the news cycle for a little while, half a day, two days if you're lucky, so that people will talk about you and hopefully stream your music.