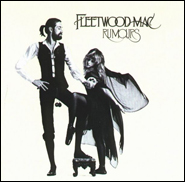 I saw Fleetwood Mac open a stadium show back in '75, before Anaheim had bleachers in the outfield, back when the Angels sucked and no band had ever emerged from Orange County.

It was a summer of stadium shows. Today only Taylor Swift can sell 50,000 tickets, anybody else who says they can lies, or plays with a plethora of other acts. But back in the day, these giant tribal gatherings were de rigueur. How many Days On The Green did Bill Graham have?

And I knew the act as a blues band. And there was that great latter day record, from "Kiln House", featuring Christine McVie on harmony vocals, "Station Man", which I heard intermittently on the radio and cranked back when you couldn't hear your favorite music on demand unless you owned it, back when being a rock chick didn't mean showing your tits but being so cool as to be a goddess, who was the last true rock chick, Chrissie Hynde? She's STILL cool!

And that afternoon Christine sat at the keyboard and played my favorite new track, "Over My Head", and it sure sounded nice, but I did not buy the album, because I wasn't buying anything, I was on the road, in L.A. for the summer, between winters in Salt Lake.

And as great as the previous year was, a record breaker, '74-'75, the beginning of '75-'76 was a bummer, it snowed a bit and then it was rock hard and all my roommates, still in college, at least intermittently, they seemed to drop out whenever there was a big powder day, left town to hang with their 'rents and I was in the apartment alone, with Chang, the Vietnamese student who couldn't go home, his parents had disappeared.

And instead of sleeping on the couch, I used Jimmy's bed. And listened to the two 8-tracks he'd just purchased, which was a rare event, he hadn't bought anything since "Physical Graffiti" the spring before. And I can't tell you what the other 8-track was, but I spent a lot of time that Xmas listening to "Fleetwood Mac", back before anyone knew how great a guitarist Lindsey Buckingham truly was, before Stevie Nicks became a sensation, when it was only about the music. And I still loved "Over My Head", it was great to be able to hear it on demand, but I truly fell in love with "Landslide". And "Crystal". I always trust

my first initial feeling, it's special knowledge that centers me when I remember it down the line and realize why I made the choices I did, and that they were right.


But when "Rumours" came out, I was now living permanently in L.A., even had my own address, and had bought a big rig, that meant stereo in the seventies, and purchased "Rumours" the day it was released, not because I was the biggest of fans, but because I was a vinyl junkie, I needed the clues.


And there's nothing like dropping the needle on vinyl, especially when the amplifier is cranked. You hear the surface noise, and then the music, and it doesn't sound like an MP3, it sounds positively alive, breathing in your ear, kicking you in the stomach, you meld together.


And the big hit was "Go Your Own Way", which I've come to love, but at first it didn't impress. But the song that truly got to me was…


What you've got to know about "Rumours" was how great it sounded. On a great stereo, and I had one, you felt like you were in the studio with the band. They say you get close to the acts on the Internet? That's nothing compared to listening to vinyl. When you went to the gig you felt like you truly knew the band, not because of anything they'd said in interviews, but because of the emotion that was evidenced in the songs, both the words and the music, the lyrics and the playing.


Eons later, thirty five years almost, it's not the hits that penetrate, we like "You Make Loving Fun", "Dreams" partnered with the previously released "Rhiannon" to make Stevie Nicks a megastar, but those album cuts, that opened and closed the second side…WHEW!


"The Chain" featured Lindsey's picking, but it was Mick Fleetwood's underpinning drum that locked you in. It was an aural genital that you just couldn't help but follow. Fleetwood didn't write the songs, but without him it's not the same band.

And same deal with the act's other namesake, John McVie. If Mick powers "The Chain", it's John who drives "Gold Dust Woman", the cut that closes the record, that was never a single, but was always my favorite. Sure, Stevie sings like a witchy woman. But no horror movie is complete without the swamp. And that's what John McVie provided, an aural ooze that swallowed you up like quicksand.

And right thereafter, John McVie walks his fingers down the neck and it's like a man descending into his basement, down the stairs into that hellacious space where only music will give you hope. Today, you listen to music to party. But despite what Eddie Murphy sang, no one can party all the time. Life is more about despair. And the music that truly resonates, that we never let go of, speaks to the downside of the human condition.

And when the song breaks down, three minutes in, all you can hear is Mick Fleetwood's kick drum, punching you in the gut, how did they get the record to sound this good?

I've been having one of those evenings where I need to listen to music and that which resonates eclipses everything but life itself. I checked out "New Morning" and Dylan's last masterpiece, "Blood On The Tracks". I also listened to live albums I downloaded via blogs. Stuff you just can't buy, but you need to own. Used to be this stuff didn't exist, but now in the Internet era it's all resurfaced. And so much is for collectors only. And then there's this Fleetwood Mac show from Nashville, back in '77, during the "Rumours" tour…

I was listening to the Eagles from the BBC, back in '73. I downloaded it because it contained "Certain Kind Of Fool". Randy Meisner was banned from the band because he couldn't hit

the high notes, but back when he still could…whew! Randy was the Don Henley of the group back before "Hotel California", especially in this era when it was Glenn Frey's band. And they do this a cappella intro to "Take It Easy", a completely different number, and then they nail their classic. The Stones can't play "Satisfaction", but the Eagles could always play "Take It Easy", that's what so remarkable about this old show, the fact that this act could play, back before anybody'd heard of a hard drive and you were afraid to use tape because it didn't sound good and it stretched and why would you fake it anyway?


"This is a recent cassette transfer and the sound on it is outstanding. I think it's the best sounding soundboard of the Rumours tour – and an upgrade from what I've previously heard of this recording. It's a seemless recording meaning there are no cuts or edits between tracks. There is a very slight cut at the end of disc one, but it's right at the end of Gold Dust Woman, no vocals are cut. There is also a slight cut in at the beginning of disc two, but again no vocals are sliced off.


I have no info on who taped the show, but a big thanks to everyone responsible for getting this tape transferred – it's a really great sounding show."


A cassette? A CASSETTE? I was ready to delete without listening.


But then I read the rest of the screed… The BEST sounding show of the "Rumours" tour? My heart started to palpitate, I couldn't wait to import the tracks into iTunes, I fired up "Gold Dust Woman" in QuickTime and…


How can they be this good?


They're not this good anymore. They're doing it for the money. Stevie Nicks can't hit the notes, Christine McVie doesn't go on the road, Mick Fleetwood can still play but he's devolved into caricature, but this is a recent phenomenon, the first reunion tour, when they had something to prove, before everybody was just in it for the cash, it sounded like this…still vital, more than that, life itself.

The Eagles kill live. Still. They need to. Henley insists on it. It's their rep. They're professional. But as great as the Eagles are, and their material is superior to Fleetwood Mac's, the Eagles were always more cerebral than emotional. Fleetwood Mac started out as a blues band, and it's not what you play so much as how you play it in that genre, and back before Lindsey took the band over the edge with "Tusk" and they played it safe thereafter they still maintained their old roots, through their rhythm section, back when it was till Mick and John's band, when Stevie was just another member, one who didn't play and only sang. By the end of the "Rumours" tour it had become too much about twirling, but you can't hear Stevie twist on this recording, that's what's great about music, it's something you hear, not see.

But it's the immediacy that hooked me. There's supposed to be a distance between 1977 and 2011. That's thirty five years ago, the dark ages, pre the tech revolution. But listening to this CASSETTE is like encountering the Dead Sea Scrolls, it's pure RELIGION!