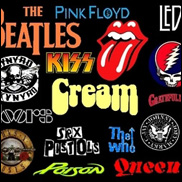 
We're returning to the classic rock era. Wherein the acts dictated to the labels as opposed to vice versa. But the story here now is there are no labels. Sure, there are a bunch of Top Forty acts that are essentially employees of the major labels, in everything but benefits (they're independent contractors!), but that world now has a small fraction of the action and its share will decline.


The act is in control.


A. They set the ticket prices.


B. They refuse to do all-in ticketing, they like you to hate Ticketmaster and its fees, but really, those are promoter profits.


C. If the price is high, it's greed. If you can't get a good ticket at a fair price, i.e. if the scalpers eat them all up, it's because the act is afraid of pissing you off by approving high prices (and is probably scalping its own tickets to boot) and refuses to employ paperless.


Ticketing is not so different from politics. Incredible subterfuge. Hate the acts, not Ticketmaster or anyone below in the food chain. The act approves every deal.


He's the buffer between the act and everybody else. Most managers do the act's bidding, but not all. Some managers tell the acts what to do, either through outright bullying or stating that without the manager they're nothing. If your manager has other successful acts, be wary of whether he's on your side.


So choose your manager wisely. You have few options at the beginning, when you're starting out. And if you leave you're gonna owe the manager money, maybe forever. But that's rock and roll.


Especially important in the beginning. He gets you the gigs, it's how you eat, it's how you stay alive. Go with someone who understands your music and has acts like yours. Sure, they might represent the superstar, but can they get you gigs in a club? The dirty little secret is when you truly become a star you can cram down the commission. Not that anybody wants to talk about this. Yes, when the gigs are gonna sell out anyway, why pay 10%?


But unlike managers, you can leave agents at will. That's not exactly true, but as a practical matter, it is. So agents are scared and you've got to establish trust, once you make it the power is in the hands of the act. USE IT!


Also know, like the manager, the agent only gets paid when you do. Do you really want to do that corporate endorsement or is the agent pushing it because he wants to get paid?


Ever since the SFX roll-up the game is different. There's no loyalty, it's only a matter of who pays most. And this has been accepted. So expecting an indie promoter to do you a favor and possibly lose money is a pipe dream when said indie knows you're probably going to jump to Live Nation or AEG when you make it.


There are all kinds of deals. Q Prime acts tend to go for a percentage whereas other managers insist on a high guarantee. It's important for a manager to keep up good relationships with indie promoters, you may benefit from this if your manager has other hit acts.


The promoter isn't quite like a record company, stealing your money, then again he is. Since almost all of the ticket price goes to the act, the promoter's got a ton of secret deals to make his profit, from venue kickbacks to advertising schemes to…

I will say you can't trust a promoter, then again, the acts drove them to this.


Hell, most labels don't even buy tickets to their acts' gigs anymore. Yes, they buy them, they were never free. At face value. It's expensive. And the label is broke. The label used to support you, put you on the road in clubs, build towards the future. But they no longer have that money and there's no club circuit to speak of. By pulling back and refusing to enter the modern world, the label has marginalized itself. Furthermore, with the label paying you so little, the promoter has become the main source of revenue. You can speak of the label investing in you, but unless you're a Top Forty act, if you can get signed, and the odds are marginal, they're going to pay you very little. And unfortunately, if you do succeed, they're going to screw you. The promoter screws you, but you still get most of the money. The label screws you, they get paid and they own the master. Huh? The label can speak of the risk, but at this point, the promoter takes a bigger risk, and his profit margin is low and only lasts for one night.


Ticketmaster is a service company. If you think Ticketmaster dictates, you're unsophisticated. Sure, an act has to deal with the built-in infrastructure of Ticketmaster, but don't blame the ticketing company as opposed to the acts who proceeded you, who helped build this system.


A. Prices should float to eliminate scalping. This is in the hands of the act, not Ticketmaster.

B. Paperless should be legal everywhere and employed when acts want to get tickets in the hands of true fans. But many stars don't really care about the fans, that's all lip-service. They care about money more.


Profit to the act, plain and simple. Pre-sales are anti-fan. But somehow, the acts don't take responsibility. And fans don't want to believe the acts are guilty, because then who would they believe in, who would embody their hopes and dreams, politicians? Ha!


The acts have developed numerous ways to profit. You've got a problem with being unable to get a good ticket at a fair price? Blame no one but the act.


Acts don't want it because it makes the final price higher, it makes them look greedy, or so they think. Instead, the fees are labeled Ticketmaster rip-offs. And you hate Ticketmaster instead of them. The government just required all-in ticketing for airlines. Are concerts next? They should be! At least Ticketmaster is putting the fees on the homepage now.


P.S. Change the name of the ticketing company and the game remains the same. There have to be fees, that's how the promoter makes a profit.


Nobody in the above food chain wants the public to know the truth. But this lack of transparency is what has killed the major labels. And it's a contributing factor to the decline in concert attendance. Sure, grosses may be good, but most people don't go to the show very often, and this is unhealthy for music in general, especially when almost all the revenue is derived from the road.


Google provides analytics for free. We live in an era where data is rampant and available. But the music business is still built on smoke and mirrors.


But it won't be forever. The public will demand some transparency and a younger, Net/data-savvy generation of executives will see it as necessary, it's in their DNA.


Yet it is still a show, and shows have always been based on illusion.