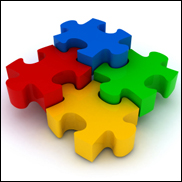 I'm sick and tired of people telling me to be more positive. To focus on solutions rather than problems. Don't you get it, it all comes down to the MUSIC!


That's what I love about this business. You're either a player or a supporter. There's a clear divide. That's the difference from the movie business. Even a five year old can tell you what's wrong with filmed entertainment. The acting was bad, or the story wasn't believable, or the sets were phony. But ask a fifty year old about a record and he'll shrug his shoulders and say he liked it or he didn't. That's about as far as it goes.

So, you're sitting there trying to be a manager, or a booking agent, even starting a label. And you're frustrated, and dipping your toe in social media, reading marketing books. I'm gonna tell you, that's all b.s. Find one great act and the doors will open to you.


The major labels triumphed because they had the best acts. But then they got greedy, the execs started thinking they were the talent, they broke the cardinal music business rule, that we all bow down to the creator. If you're really that talented, make your own damn music. This happens in the movie sphere, producers become directors. But when was the last time a record company president became a best-selling artist? When did he even make a record?


And for you frustrated artists, I'll say it one more time… Your lack of success probably comes down to the fact that you're just not that good. Sorry, the truth hurts. And if you're the king of klezmer or the new Philip Glass and want to complain that you're not on "American Idol"? Wow, how do you cope every day, are you really that far from reality? Just because you're good at something, anything, that doesn't mean the whole world needs to pay attention.


What does the public like? Melody. A good voice. A beat. These aren't immutable rules, and it's the cutting edge that we tend to become enamored of, but if we can't sing your song and think you can barely sing it either, GIVE UP!


Or practice a ton more.


Yes, practice. That's how you get better. Sure playing every night in a bar helps. But you've also got to challenge yourself. You've got to test your own limits, learn more than three chords, not so you can use them so much as you become aware of the POSSIBILITIES!


If you're a musician, listen to a lot of records.


If you want to write lyrics, read a lot of books.


Doctors go to school to become M.D.'s. Why should you be able to be a world famous music star without putting in the work?

The hardest thing to do in this business is find a hit act. You can be the best manager, the most tenacious agent, but if you don't have a hit act, you're doomed to failure. Speak to a concert promoter. He'll tell you there's no way you can get people to come to see a stiff act. Even if you pick them up in limos and give them good seats.


A great act can make a ton of business mistakes, have a less than great manager, a rip-off label and STILL make it. A third-rate act with the best team is still a third-rate act.


I think it's great that you're looking for innovative ways to do business, that you want to challenge old models. But some things never change. And what never changes in this business is it all comes down to the music. More than ever. In a world where anybody can make a record and the audience doesn't concentrate on one outlet, not even one format. Some people listen to NO radio. Others watch NO television.


But that doesn't mean greatness will go unnoticed. We're all looking for quality. And, if we find it, we tell everybody we know. So, a great act gets traction. But takes a long time to make it. The Kings Of Leon would have been gargantuan right away fifteen or twenty years ago. Now it takes that long just to get people to pay attention.


And maybe KOL weren't that great in the beginning. To think that talent needs to emerge fully-formed is to think that babies can do calculus. It's a long hard road to becoming a musician. Short cuts might deliver success sooner, having your songs written by the usual suspects and working with an experienced producer might give you a leg up. But there's no real foundation, you're going to fall back to earth if you don't do the work.


Everything I write, all the innovation, it only applies to GOOD ACTS! The question is, what choices do you make if the act has talent. If it doesn't, GIVE UP!


You're not entitled to a gig in the music industry. People don't need records the same way they need food. If you can't associate yourself with a good act, you're going to starve, no matter what your desire.


Finding great talent and bonding to it is a skill unto itself. Don't rail against Irving Azoff or Jimmy Iovine, this is what they do BEST!


And until you do it as well as they do, you're gonna be broke.