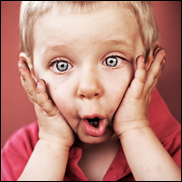 I'm not exactly sure what I saw.


I expected the nearly dead, the same audience that went to see Simon & Garfunkel back at Staples in '03. People living on Medicare and fumes who could barely stand. A celebration of the old, the way it once was. But last night was positively 2012, but in a parallel universe, one in which old rockers don't lament the passage of the good old days and punk rock never happened, never mind electronic music.


All of today's touchstones, from TV singing competitions to the electronic drums present on every Top Forty hit, were absent. There was no rapping. No nod to being au courant. It was like it was unnecessary. That being Neil Diamond, and being a Neil Diamond fan, was enough.


What was astounding, other than Neil's portrayal of "Neil Diamond" and his refusal to have a sense of humor about himself, was the sheer number of hits. I tuned out in the seventies, when he went schmaltz, but there was almost no number I did not know. And it seemed like everybody else

in attendance knew every note. Even though there were people in their thirties and forties who weren't even alive when "Hot August Night" was released.


You remember that double album, don't you? With Neil dressed in denim and seemingly stroking… And there was the big hair and… You either owned it or never heard it. Back in the day before music was free and if you purchased it, you played it until you knew it.


So there's a fourteen piece band. And a sixteen piece string section. And if you've been to a show with this many players, other than a Philharmonic performance, some classical exercise, you're lying. It was like all the complaints of the industry didn't matter. There was no bitching about the reduction of record sales, the banality of radio, the inability of oldsters to have new hits. It was just a straight out assault.


And the audience loved ever minute of it.

It's kind of like going to see Ozzy, when he sprays water on the audience…it feels so good! For one moment in time you can forget about your troubles, the rest of the world, and just exult in the joy of the music.


Now I'm not saying there weren't some sappy numbers, but have you listened to "Solitary Man" recently? The production sounds dated, but it's positively today, the memories in your brain, of love and loss and the feeling that you just may be alone forever. "Solitary Man" sounds like a western, as if Paladin came riding over the ridge, it's haunting. It's more punk than all the wannabe crap the tattooed and pierced set is putting out in its search for instant wealth and fame.


And you're in the Rock & Roll Hall Of Fame just for writing "I'm A Believer." Neil said it was number one around the world, remarked how that felt, all I can remember is waiting for the record to come on the radio, the breathy Micky Dolenz vocal, it was the soundtrack to the season, and it's never been forgotten.


And the early hits, "Cherry Cherry" and "Kentucky Woman"… This is Elvis, just a guy and his guitar. Without the extraordinary range and the twisting sexual moves, but with the same emotional wallop. This was the power of rock and roll.


And just like Elvis never forgot his gospel roots, the musical highlight of the show was "Holly Holy." Beginning with a slow waltzing beat as if something's about to be thrown off the Tallahatchie Bridge, the performance then amped up, all the players wailed and the congregation swayed from side to side in reverie.


I'm not saying that I didn't like "Holly Holy" on the radio, but given the ability to stretch out and emote live the song becomes an affirmation of life and perseverance…

YEAH! Forget school, forget bills, forget heartbreak, forget politics, just go to the show and sing along as your problems evaporate into the sky. I know it sounds stupid, it's hard to understand sitting passively there on the couch, but if you were there you wouldn't have been able to resist jumping to your feet, throwing your hands in the air and looking back at your life and thinking how music has ridden shotgun the whole way, and that Neil Diamond was there too, a big part of it.


Of course, the piece de resistance is "Sweet Caroline." Not a single person was on his bum, everybody was standing and singing, the din was no less than that of the prepubescent cries at a Taylor Swift show. With this melody, failure was erased and optimism returned, with all your positive memories intact.


And "Crunchy Granola Suite" was fulfilling in a way this cynic could not comprehend. Because that's the power of music, some sit too hip, decrying everything that's popular, then others don't deny themselves the power of sound, the pleasure of something that might fly straight down the middle but feels so good!


And Neil had us sing "Happy Birthday" to his mom and he had us all competing to make the most noise and to say there was no cheesiness would be to imply a Big Mac would still taste good without all the trimmings. Yes, you truly wondered where Neil was coming from sometimes, but then you forgot this and continued to enjoy yourself, along with a sea of humanity you'd probably have little in common with outside the venue.


Neil Diamond truly was great. And still is.