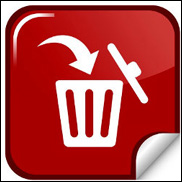 
Just like you tossed your 8-tracks and cassettes, you'll get rid of your MP3s, all your iTunes purchases, kaput, evaporate, just like that. It will happen when you get a new computer, which isn't as frequent as before, but the truth is we're moving to flash storage and it's more expensive and you get less and you haven't got room for your music files, never mind the inclination to listen to them.


Just like you wanted the biggest iPod but are satisfied with the smallest iPhone, you won't find it necessary to pay extra for more flash storage even when the price comes down, whether it be in computers or mobile handsets. Because everything will be stored in the cloud or delivered to you when requested.

Hoarding MP3s is like hoarding hieroglyphics, who wants an ancient format no one can read? Especially when it's just bits and bytes!


Just like radio shifted to spins, how much someone listens to your music will be the only thing that's important, furthermore, listens get you paid.

This will be a revolution, a good one, the SoundScan era is history, sales charts make no sense. Companies ramp up the publicity for an initial sales week that media publicizes, all to do it again the next week for new records. This reduces the chances of something sticking. Whereas when plays becomes the metric, we'll instantly see what has stuck. Just because it was released last week or six or nine months ago, it won't matter, because we'll see people are actually playing it. And that which is heavily-hyped but left unplayed…beware.


Yahoo already lists the top ten Spotify tracks every week. In the future, a media outlet will still talk about number one, but not how many albums or digital singles were sold, but how many plays it got. It'll be like YouTube, on Spotify there's a counter too, you can see how you stack up. Suddenly data is not hidden, it's there for all to see. And the truth will be that the blockbuster era will continue. We'll see huge winners and a sea of also-rans. We'll be on the outlook for that which is making huge gains. It will all be based on data, as opposed to today's smoke and mirrors.


It's all about scale. Once we wean everyone from MP3s, once everybody pays for music, whether it be monthly or baked into the subscription, a huge pot of money will be generated, 69% of which will go to rights holders. So, if you've got an ancient, poor-paying label deal, the company will get most of it. If you're striking a new major label deal…think about what you're giving up, recorded music revenue, in exchange for the company's ability to spend and muscle and make you a star. You can stay independent and keep all the money, but your chance of rising above is diminished, especially in this world of overwhelming input.


Spotify develops for mobile first. Not only will you have a smartphone, chances are it will be large, because it will be your primary screen, where you shop and dial-up your music, you want to be able to see and make sense. Think of your handset as the new iPad, just a little bit smaller.

6. Discovery will be in the Spotify app.


It's all about the real estate, you don't want to jump around. You'll roam around Spotify the same way you roamed around the record store, but inventory will be much greater and access will be instant. If your company is a recommendation engine not aligned with a streaming service, good luck!


Or is bought and merged. But if it survives, its impact will be marginalized over time, because we live in an on demand world, the future is on demand, not wait and see. Pandora is too valuable to be purchased by Spotify. And it's hobbled not only by royalty payments, but the fact it's not worldwide. In other words, you might love Pandora the way you loved your BlackBerry, as in temporarily.


It's not on demand. As for listening to your terrestrial station on the Internet… Pandora eclipses that, there are fewer commercials. Clear Channel's digital play is not revolutionary enough, it was billed as a Pandora killer when Pandora was not the correct target.


That's what radio is. Spotify's got a component. There's a market for that. But not run by algorithms, but people. Which is why SiriusXM is so successful, all those people paying to get rid of commercials on their music stations (as well as Howard Stern.) In other words, Clear Channel is in a bind. Promoting a legacy system without legs. If you don't think terrestrial radio will be diminished, you're still listening to AM.

We live in a sharing economy. You'll send songs. This is a good thing, this is how we break bands. And inboxes won't be cluttered-up with MP3s, waiting for them to download, eating up space, getting lost in spam folders, however expect to be spammed by wannabes, just like they have done forever in the Internet era.


It's all about bandwidth. And LTE is faster than many people's home connection. And mobile providers are already pondering an even faster generation. The faster the bandwidth, the fatter the pipe, the higher the quality. Remember, there was no YouTube before broadband.


Not only did T-Mobile just obviate them for music services, Spotify synchs all playlists so no signal is needed, the "streams" live on your handset, just like files. So even if you've got no cell signal, you've got your music.


It's about streaming. Google's new service could be the winner, but let's hope not, because it pays less. Or maybe a reinvigorated Apple Beats. One thing is for sure, one service will dominate, it's where we'll all go, because we want to share, we don't want to be left out. So you might like Rdio or Deezer, but if you send a link and someone can't play it, that's not gonna work.


Just like Apple bought Beats, Facebook or Google or Amazon or even Microsoft might by Spotify. Don't forget, Google bought Motorola and Microsoft bought Nokia. If you can't compete, you buy.


Don't get depressed, it's all about the music. Make a good tune and these services are your bitch. They allow you to reach the whole world instantly. And if you haven't, maybe you weren't meant to. Maybe you're not that talented, maybe you make niche music. But as people see what succeeds, it will spark their creativity. They'll see the high standard, they'll see what's left field that breaks through. The only problem we have today is everyone's got a voice, and those who don't win complain, whereas we didn't used to hear from them. Ignore them. Focus on the winners. Spread the word about them. And know that if your identity is based on liking something no one else does, chances are you're going to live a very lonely life.