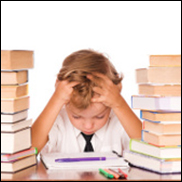 There's just too much of EVERYTHING!

We've got the world at our fingertips, yet we know less than ever before, lack control not only of our government and society, but our personal lives too. We have fear of missing out, but we're not sure what's worth doing. The old admire the young and the young laugh at the old but the dirty little secret is the nascent generation can't handle it either. Turns out you can't multi-task, that was a media canard that's been debunked. How do you cope?

Some check out. Especially the oldsters. Not a week goes by when you don't see an article decrying smartphones or the internet, as if you could turn back time, as if the future doesn't always arrive.

Others boast that they've got it nailed. Somehow, they can update their Facebook page, post on Instagram and keep their job, meanwhile having the free time to tell you all about it. You can either feel inferior or judge them. But the latter is equivalent to hatred, and we all abhor the haters.

Democrats keep calling the Republicans uninformed, which is hard not to do when their candidate keeps espousing falsehoods with no penalty.

And the Republicans feel the Democrats are unaware of their plight. They're sick of being told what's going on in their own hometown when the speakers have never set foot there.

And those speaking loudest fly private and don't engage with anybody but their brethren, they live inside a bubble yet are unaware of this.

There are too many movies. Did you check today's paper, at least twenty came out, who can keep track, never mind view them. Used to be you knew the up and coming actors from bit parts here and there, now "Vanity Fair" and "TMZ" feature stars you've never heard of, and then you ask your children and they haven't heard of them either. It's like there's a whole industry making people famous, but we've still got to keep up with the travails of Meg Ryan and Jane Fonda and…how many people can you keep in your brain at one time anyway?

And TV… That's a constant topic of conversation, what series should I binge on next. And you have to not only collect the data, but pass it through the sieve of the tastemaker's personality. Sure, "Game Of Thrones" is great, but I don't like fantasy, now what?

As for music… There are twenty million-odd tracks and it seems whenever you hear something new it either rubs you the wrong way or it's not quite good enough. And then, when you're just about to check out, turn the damn thing off, someone serves up something so exquisite you remember how much you love music, but you've got no idea how to follow it up, how to find the next great thing.

Schoolchildren have no free time.

Amy Schumer is working so much she can't possibly have a personal life. But if you're not in the public eye 24/7 you're falling behind. And isn't it funny how women have mastered this game, it's the men who are forgotten.

That's another element. Not only is there too much info, the rules keep changing. New apps take over for old. No one cares about the second link on Google, even the search engine itself, which is more like Wikipedia today, serving up a synopsis as opposed to a link.

And you're using the service all the time. Nothing is unknown, so you spend endless time looking it up.

And if someone texts you and you don't get back to them immediately they figure you're dead, or you've ghosted them.

But no one will admit to all this. We're all keeping up an image. That's what social media is all about, demonstrating not only our fabulous lives, but that we've got it covered, we know it all, when the truth is we know so little.

Youngsters know that if they don't fight hard for success, they'll be left behind, there's no time for finding yourself, watching the wheels go by. Only the toppermost keep telling us this, in their interviews in the media, that a first job is not as important as where you end up. But we can't get first jobs, and why is it that everybody with a seven digit income has all the answers? College professors are to be pushed back upon, but techies lean in.

But we're already sick of Sheryl Sandberg, a woman we'll never meet who we know too much about, actually, more than our neighbors. We hate that which we cannot touch, because we believe it's holding us back, so we go online and tear them down and these icons protest that they're just people too.

But exactly what is a person in the teens? Someone who does good deeds, who can keep up their end of a conversation? Or someone who posts really good YouTube clips and has a passel of subscribers. We know money counts, but we're told everything is about experiences, so we're confused.

This is what the internet, the information revolution, has wrought.

And we haven't yet figured out a way to cope with it.

And it's not that it's bad, it's just that we've got no framework. Playlists try to help, but then there are a zillion of those too. And no one has enough time to weed through all the options.

We used to have leaders, heroes who pointed the way.

Now there are people who tell us they have all the answers, yet ultimately we find out they're clueless too. Meaning it's all about us. But it can't just be about us, we live in a society, there's got to be a hierarchy, but who's deserving of our adulation?

That's the human condition today. We're all in it together, tied up online, but we've never felt so separate, and unsure where to turn next.

We'll figure it out eventually.

But right now it's utter chaos.