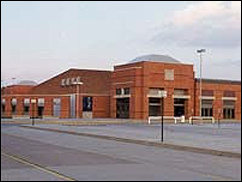 EVANSVILLE, Ind. (CelebrityAccess MediaWire) — The outgoing mayor of Evansville has opted to hand off the decision of what to do with Roberts stadium to his predecessor.

According to the Evansville Courier-Press, city officials are debating the future of the 55-year-old stadium, which is being replaced by a yet-to-be-named $127.5 million Downtown arena when it opens in November.

The city estimates that the stadium would require $300,000 a year to mothball, but it might face the wrecking ball, with an estimated demolition cost of $1.5 million, which would be partially offset by recycling. Evansville's current mayor Jonathan Weinzapfel said his administration is considering setting aside enough money to provide 3 months of operation for Roberts, enough time to hold an election.

Weinzapfel, who has declined to seek a third term, has previously supported a proposal by the Evansville Convention & Visitors Bureau to turn the site into a baseball and softball complex.

"The next administration will carry out any work associated with the future of Roberts. This is a subject that should be fully vetted over the next several months during city election campaigns." Weinzapfel said in a statement Monday.

The city is also looking at August 3rd for an official closing date for the Stadium, but said that they would work with SMG, the company who manages the venue to determine a workable date.

"It's the city's call. Whenever they decide what they want to do," SMG Regional Manager Sandy Aaron told the Courier-Press. "We have given them everything we have on the books." – CelebrityAccess Staff Writers