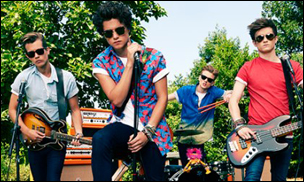 LONDON (VIP NEWS) — The Vamps have announced their first headline UK tour for later this year.


The 14 date run will start in Sheffield on 23 September before shows in Glasgow, Manchester, Liverpool and Cardiff.


The tour, which was announced on the band`s Twitter page, will end with two dates at London`s Eventim Apollo on 15 and 16 October.


The Vamps recently supported Taylor Swift at the London O2 Arena as part of her Red world tour.


The band`s most recent release, Wildheart, is currently number 18 in the official UK singles chart, having peaked at number three.


Their debut single Can We Dance went to number two when it came out in October.


The band have recently been added to the bill of this year`s Hyde Park British Summer Time, which will be headlined by McBusted in July.


The group – made up of Connor Ball, Tristan Evans, James McVey and Bradley Simpson – have opened concerts for McFly and Selena Gomez and are the opening act on The Wanted`s Word of Mouth tour in the UK and Ireland.


The Vamps also topped this year`s MTV`s Brand New, an annual list of acts predicted to be successful in the next 12 months voted for by the public. — According to BBC