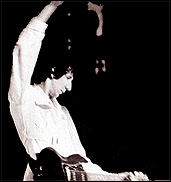 LEEDS, England (CelebrityAccess MediaWire) — The Who are set to kick off their 2006 world tour by recreating their legendary Leeds University gig, forever immortalized by the highly acclaimed live recording of their 1970 concert.

Singer Roger Daltry and guitarist Pete Townshend, the two remaining members of the original lineup, will take to the stage at Leeds on June 17, before embarking on a European tour that includes shows in Germany, France, Spain and Austria.

The band’s memorable gig, which spawned the album “Live At Leeds,” came soon after their triumphant appearance at the Woodstock Festival and included that last complete live performance of the rock opera Tommy.

The idea to recreate the performance came after broadcaster Andy Kershaw, who served as entertainment secretary of the university in the early 1980s, approached the band’s manager, Bill Curbishly, to ask if the band would unveil a plaque at the site to commemorate the 1970 gig, and possible perform a few songs.

“Bill finished my sentence: ‘They’ll do it’. And so the idea of a concert began,” Kershaw told the BBC.

Kershaw announced the gig at Leeds University along with vice chancellor Professor Michael Arthur, saying “[Daltry] has very, very vivid memories of the original one and he’s very, very excited about doing it again.

“It was a kind of benchmark concert,” he added. “It defined an era of big bands like The Who playing at college venues and also underpinned the importance of college venues and the live music circuit.” –by CelebrityAccess Staff Writers