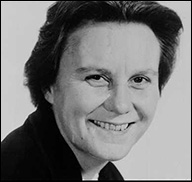 MONROEVILLE, AL. (CelebrityAccess) — Harper Lee, whose debut novel, "To Kill a Mockingbird," about race and justice in southern small town America became part of the American literary canon, has died. She was 89.

Hank Conner, a nephew of Ms. Lee’s, said that she died in her sleep at the Meadows, an assisted living facility in Monroeville, Ala., according to the New York Times.

In a statement, Lee's family said, "The family of Nelle Harper Lee, of Monroeville, Alabama, announced today, with great sadness, that Ms. Lee passed away in her sleep early this morning. Her passing was unexpected. She remained in good basic health until her passing. The family is in mourning and there will be a private funeral service in the upcoming days, as she had requested."

"The world knows Harper Lee was a brilliant writer but what many don't know is that she was an extraordinary woman of great joyfulness, humility and kindness," said the company's president and publisher, Michael Morrison. "She lived her life the way she wanted to- in private- surrounded by books and the people who loved her. I will always cherish the time I spent with her."

"Mockingbird," drew from elements of Lee's childhood and told the story of an impulsive girl Scout Finch, her older brother Jem, her father Atticus and a cast of other characters surrounding the prosecution of Tom Robinson, a black man who's been accused of rape in the Depression-era town of Maycomb, Alabama.

The book, an instant besteller, sold more than 30 million copies and won the Pulitzer Prize prize for Lee and the book was made into an acclaimed 1962 movie starring Gregory Peck as Atticus Finch.

However, despite the success of her first work and public clamor for more, Lee did not publish another novel until 2015's "Go Set a Watchman" which revisted the themes and some of the characters of "Mockingbird."