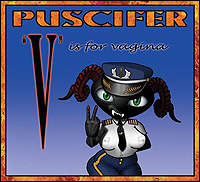 AUSTIN, TX (CelebrityAccess MediaWire) — Alt-Metal band Tool has added dates to their North American tour. They are promoting their latest album 'V Is for Vagina.' This album is slated to hit the stores on October 30th.

Tool is a Rock, Alternative, Heavy Metal band and was a Grammy Award Winner for AEnema in 1997 and Schism in 2001. They hit number one on The billboard in 2006 with single 'The Pot.'