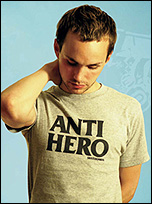 WILKES-BARRE, PA (AP) — When Paul Simon and Art Garfunkel began to play "The Sound of Silence" midway through their concert, fans grew so frenzied it froze the singers.

The two shared a smile as Simon improvised on guitar until the din died down.

Breaking a two-decade drought without a concert tour, Simon and Garfunkel took the stage Thursday night before an enthusiastic audience that seemed happy to relive the popular songs of their youth.

Before the concert, a video montage showed scenes of Simon and Garfunkel and news events from years past — the duo in their youth with full heads of hair, a shot of the first moon landing, a peace sign made of airplane contrails.

When the lights came up, Simon, with guitar in hand, and Garfunkel, wearing his signature black vest, took the stage to a standing ovation to kick off their 40-date tour — their first since 1982-83.

The two opened the show with the song "Old Friends" — also the title of the tour — whose lyrics could serve as a reminder that their friendship, strained at times, dates back to childhood.

The audience of 9,000 was more balding heads and graying hair than 20-something rockers, but there were lots of smiles, bobbing heads and clapping hands all around.

The duo, which has sold more than 40 million albums in the United States, played crowd favorites "Scarborough Fair," "America" and "Mrs. Robinson." Simon belted out "Bridge over Troubled Water" and Garfunkel easily hit the high notes on "The Boxer."

"They sound as good now as they did back then. Unbelievable," said Tony Stringent, 43, of Hazleton. "I'm going to see them again in 20 more years."

Until a performance at the Grammy Awards in February, the pair hadn't played together since 1993. That their friendship has been rocky is no secret.

Garfunkel said the two met in the sixth grade in 1953. "And it occurs to me that it's been 50 years of this thing we do," he said.

In a line from "Old Friends," the singers ask: "Can you imagine us years from today, sharing a park bench quietly? How terribly strange to be 70."

The band's management called Thursday night's show in Wilkes-Barre, about 100 miles northwest of Philadelphia, a warm-up concert. They next play in Auburn Hills, Mich., on Saturday and Sunday, and are scheduled to hit 29 cities over the next two months.

As he introduced "Slip Slidin' Away," Simon told the crowd he's recorded many songs as a solo artist "that I wished I had Artie's voice on."

Before the end of their final song, officially "The 59th Street Bridge Song" but better known as "Feelin' Groovy," the duo shadowboxed before holding each other's hands above their heads.

The concert was punctuated with mini-standing ovations, both when familiar tunes began and when they ended.

"I thought Art was absolutely fabulous. Paul was good too, but Art was wonderful," said Fran Pantuso, 42.

Everlys to Tour With Simon and Garfunkel

"Art and I learned to sing as a duo by listening to Everly Brothers records and practicing their harmonies," Simon said Friday. "We're both great fans of their singing and guitar playing."

Garfunkel added, "When it comes to the magnificent sound of Don and Phil, I'm just a wannabe."

The Everly Brothers were introduced midway through the show and sang three of their hits — "Wake Up Little Susie," "Dream" and "Let it Be Me" — before Simon and Garfunkel joined them on "Bye Bye Love."

The sold-out concert at the Wachovia Arena in Wilkes Barre, Pa., kicked off Simon and Garfunkel's first tour in 20 years. The Grammy-winning duo performed hits including "Homeward Bound," "Bridge Over Troubled Water," "Mrs. Robinson" and "The Boxer."

(CelebrityAccess News Service) — blink-182 is back with a new, untitled CD, on Nov. 18, and to support the release, blink-182 presents the "DollaBill Tour," featuring: blink-182, Bubba Sparxxx and The Kinison. This all-ages club tour marks the band's first return to small venues in several years. To compare, their last tour, "The Pop Disaster Tour" sold over 500,000 tickets for a 40+ date run.

On October 23 the $1 tickets go on-sale exclusively at mtv.com. With the small venue sizes, tickets will sell out in a matter of minutes, though a percentage of seats have been held for each show. On October 25, additional tickets will go on sale, without Ticketmaster charges, at ticket outlets. These ticket locations will be announced at mtv.com.

"For years we played in small clubs and that's where you can really connect with your fans," says singer/guitarist Tom DeLonge. "We're super stoked that we're at the point in our career that we can bring a tour like this around for only a dollar."