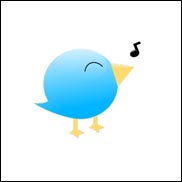 NEW YORK (Hypebot) — Twitter has acquired music discovery site We Are Hunted and is developing a standalone iOS music app that will launch within weeks, according to several reports. The app will suggest new music based on the artists the user follows on Twitter with Soundcloud, iTunes and VEVO all delivering content.

WeAreHunted has developed proprietary search technology that continuously scans the web to find new music that is creating buzz. That same technology will power the Twitter Music app. The future of WeAreHunted apps for iPhone, iPad, Android and Spotify is less clear. As of today, the WeAreHunted web site reads "not available", presumably as part of the transition."

By working with outside sources to deliver music, Twitter has avoided the thorny and expensive licensing issues that music tech startups often face. But it also means the app launches with major limitations: iTunes only delivers short song samples. Soundcloud is mostly indie product, and will artists get paid? Only VEVO deliver's full songs from major artists, but they come attached to videos and adverting.

Twitter's move is part of an accelerating trend wherein major companies like Facebook, Google and Nokia use music to attract and retain users. Direct monetization is not the goal. As J Herskowitz wrote: "Music is like milk. A loss leader to get people into the supermarket."