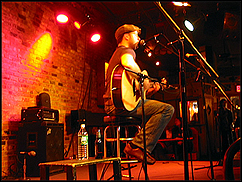 (CelebrityAccess MediaWire) – A new ordinance that was originally supposed to encourage new performers in the United Kingdom’s live music scene, is now being scene as hugely damaging blow to the industry by pub and club owners.

Beginning November 24th, a live music permit will be required for musicians performing in a venue. Under the Licensing Act, the maximum penalty for anyone breaching the rules will be a £20,000 fine and six months in prison, according to the Times Online.

The law change aims to minimize noise nuisance and cut crime and disorder. The warning was sounded yesterday by musicians and owners of pubs and clubs.

Harnish Birchall, a drummer and former adviser to the Musicians’ Union, told the paper: “Existing pubs and bars will be allowed to keep their jukeboxes, sound systems and big screens. By contrast, even one unamplified singer could lead to heavy fines or a jail sentence for the landlord.”

Even performing in a field for a private event will require a license if it is raising money for charity or charging admission, or if it is a public event.

Brian Mayhew, landlord of the Beehive in Norwich, said his pub would stop staging live music.

“This is bureaucracy gone stupid,” he told the Times. “It’s killing off live music.” –by CelebrityAccess Staff Writers