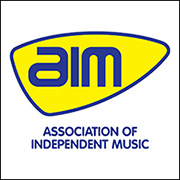 LONDON (Hypebot) – Led by U.S. trade group A2IM, indie labels are threatening not to sign on to Apple Music because of a 90 day free trial during which no payments will be made to artists, labels or publishers. We joined in suggesting that labels might consider not releasing new music for 90 days, and now the UK's top indie music organization has weighed in.


Having now had over a week to reflect on the launch of Apple Music we are not satisfied that the deal being offered under this new initiative is fair or equitable to independent music companies.


Clearly there is great potential for this new service and the global reach that Apple can offer should, in time, help further develop existing streaming markets and open up new ones around the world. It could be a game-changing moment for the industry.


However, the speed at which Apple has introduced their plans and its lack of consultation with the independent music sector over deal terms (despite what Jimmy Iovine might claim) has left us with the uneasy feeling that independents are being railroaded into an agreement that could have serious short-term consequences for our members’ interests.


The main sticking point is Apple’s decision to allow a royalty free, 3-month trial period to all new subscribers. This means that no royalties will be paid through to rights holders during that 3-month period.


This is a major problem for any label that relies on new releases rather than deep catalogue as the potential for this free trial to cannabalize not only download sales, which remain a very important revenue stream, but also streaming income from other services, is enormous.


As a whole the independent sector is a powerful voice in the music industry but its individual parts, the smaller labels particularly, cannot withstand such a potentially catastrophic drop in revenue.


Essentially Apple is asking the independent music sector to hedge its risk, to fund their customer acquisition programme and to shoulder the financial burden for their global launch.


Apple has always been a valued partner to the music industry but this decision to withhold income from the independent music sector is against the spirit of collaboration that we have come to expect from them.


Each individual member of AIM must, of course, make their own decision whether or not to sign this agreement, but many members have already expressed very real concerns about the consequences of doing so, hence our communication to the whole membership.


It is AIM’s view therefore that, in its present form, this agreement sadly does not meet a standard of commercial fairness that we can endorse.