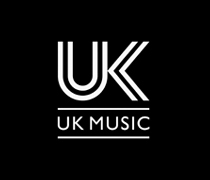 LONDON (VIP-NEWS) — UK Music has announced that Tom Kiehl will be joining the organisation in June as Director of Government Relations and Public Affairs.

Chief Executive Jo Dipple said: "This is a key appointment for UK Music. The secondary legislation needed to enable the Digital Economy Act is due for Parliamentary scrutiny. The Government's consultation on intellectual property and copyright will result in draft legislative proposals in the Autumn term and a Bill next year.

"Meanwhile, the anticipated Communications Green Paper will include provisions on formalising the responsibility ISPs have to prioritise consumer access to legal content. These are just three areas where Tom's technical skill and Parliamentary knowledge will be invaluable to shaping legislation that will define the future of the music industry.

"I am very excited about him joining our team. He will be a great asset to UK Music, our members and the industry."

Tom is joining UK Music from the Liberal Democrat Whips Office in the House of Lords.

He has performed a variety of policy, research and advisory roles there for over a decade, and since May 2010 has played a central part in managing the transition to Coalition Government.

Tom is a founding architect of the Live Music Bill, enacted this March, which will release thousands of small venues from the need to acquire a local authority licence to play live music.

He was made Dods Parliamentary Researcher of the Year 2012.

Tom said: "I am extremely honoured to be offered an opportunity to work for UK Music as their new Director of Government and Public Affairs.

"I have been immensely impressed by the passion and professionalism the UK Music team have demonstrated in bringing together the interests of the music industry and representing them to Government, Parliamentarians and other opinion formers.

"It is an interesting and challenging time to be working in the music industry, the sector I have cared most deeply about for as long as I can remember. I will use all my skills and experience to further the objectives of UK Music to ensure they maintain and strengthen their position on the political map."