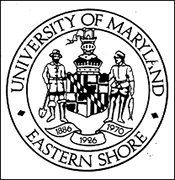 According to WVEC News, security was forced to clear the venue after a crowd of students and concert-goers breached the doors to William P. Hytche Athletic Center at about 10 p.m. on the night of the concert. Between 1,300 and 1,500 had already entered the venue, but a technical glitch had slowed the remaining line to a crawl, according to a statement released by university President Juliette B. Bell.

The crowd grew restive and pushed through doors and passed d security and ticket agents and disrupted metal detectors in a bid to enter the venue, prompting officials to pull the plug on the event due to safety concerns, the statement said.

The rap acts Migos and A Boogie were booked to perform a the event. The university has sounded a cautious note for upcoming events and said they would be re-evaluated to determine if they have included sufficient crowd control.

The Maryland State Police told WVEC that they were providing security at the event, but stated that they did not deploy pepper spray but did utilize an LRAD system, which uses acoustical pulses to disperse crowds. – Staff Writers