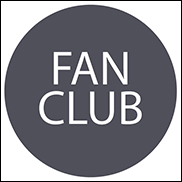 (Hypebot) – Income from presale, fan and VIP ticketing has become essential for many touring artists and a number of startups like BandPage have built tools to help make it easy. Now this vital income stream may be threatened as Ticketmaster expands its OnTour offering.


By Dave Brooks. This first appeared on Amplify.


As Ticketmaster’s Artist Services division prepares to relaunch as OnTour to facilitate fan clubs and presales, dissension is growing about a new set of rules by TM that dictate which bands are given their fan club allotments and where they are allowed to sell them.


Typically, artists are allowed to pull down 8-10% of tickets for concerts on their tour and sell them through their own fan clubs and VIP channels. But an increasing chorus of managers and agents are reporting trouble acquiring their tickets for shows sold through Ticketmaster, including those promoted by Live Nation. The result has been a scramble to reroute shows away from Ticketmaster or Live Nation rooms — sometimes at the last minute.


“As a manager, we specifically DIDN’T do certain rooms this fall and spring because of it,” wrote Nick “Biggie” Grimaldi with Good Fight Management, which reps 35 bands including Circa Survive and Cannibal Corpse, on a Facebook post decrying the change in policy (reprinted in The Real with Grimaldi’s permission).


“Some of these bands are getting six-figure payouts after a tour for their VIP upgrades,” Grimaldi said. “It’s a real source of income for the ever-dwindling bottom line of touring bands that we should fight to keep alive.”


After three years apart, post-hardcore band Underoath reunited in August and announced plans for a reunion tour. The band’s reps at Force Media Management contracted with Merchline to handle VIP ticketing for the tour, which included bundle offers where fans could also receive some limited edition vinyls from the group.


When a rep for Underoath reached out to Ticketmaster to secure its ticket allotment, a rep from TM told the band’s management that in TM’s view, the band didn’t have a legitimate fan club and would not be given the ticketing inventory for six Live Nation promoted dates on the 33-stop tour.


What followed were several days of argument between the band’s manager Randy Nichols and Mike Scmitt, Sr. Director of Tour Execution for Ticketmaster Artist Services.


“We were told we weren’t a real fan club because we didn’t have a message board on our site, so we agreed to build one,” Nichols told Amplify. “Then we were told our fan club was too new and had only been created prior to the tour, which again disqualified us. Keep in mind that the band had just gotten back together.”


Ticketmaster ultimately offered a compromise — allow the band to pull presale tickets at a cost of $8 per ticket, paid to TM. Nichols said he worked with Live Nation to create an amicable solution on those costs, but had to move a Toronto-date to a Ticketfly venue because the original venue was unable to make the same agreement.


“It’s a draconian policy, and ultimately TM lost out on a show because they were unwilling to budge,” he said.


Nichols’ battle with Ticketmaster has prompted a reaction from many in the industry who are worried that TM might try to force bands with fan clubs who don’t meet TM rules onto a new platform the company is developing.


Later this month, the Ticketmaster’s Artist Services division will launch OnTour, a new name for the Artist Services group at Ticketmaster that will provide touring acts with VIP ticket sales, presales and fan club bundling. OnTour will be shown off Wednesday in Nashville, followed by events in Los Angeles and New York.


We reached out to Schmitt for comment but did not receive a response in time for deadline. A high level TM employee who didn’t want to be identified said “there is a push to make sure that we’re offering fan club allotment to bands with actual legitimate fan clubs. And it happens enough that we have bands who offer VIP through outside platforms that just don’t bother to tell us, then they show up and have a VIP package or a meet and greet that the venue isn’t prepared to manage, so it’s a control issue as well.”


Nichols said TM’s overtures into the VIP space could come at the expense of startup VIP ticket companies who have found a niche servicing club-level bands.


“The big concern is that TM doesn’t have the bandwidth to service every single artist that wants to do presale and VIP ticketing,” he said. “If they put these companies out of business, they’ll be able to dictate which bands are worthy of selling VIP packages and which ones aren’t.


Has this happened to your band? Have you been denied your ticketing allotment by Ticketmaster for your artists fan club? Write me at dave@ampthemag.com — we will keep your identity secret.


Dave Brooks is Founder & Executive Editor at Amplify Media. He has over 15 years experience as a writer, including eight years as the Managing Editor of Venues Today. He started Amplify in 2014 to give the industry its own voice and turn up the volume on live entertainment.