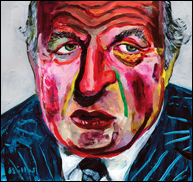 whole digital revolution Music 2.0 thing. But even the closest

observer couldn't have been prepared for the company's recent

the DRM free mp3 waters with both feet. Just yesterday, the

the second half of 2008. It's one of many creative deals that

But now its come to light that Universal is systematically forcing

to cut the samples to 90 seconds. Exempted are sites who pay

apologized to her fans:

"..bad news. Due to circumstances beyond my control I have to

full length versions. In fact some of the songs have already been

swapped as I write this."

COMMENTARY: Is Doug Morris so out of touch that he

believes that full song streaming will replace sales? Does he

individual MySpace page, find a song, click on it, wait for it to

play, and then repeat that process every 3-4 minutes to hear the

songs they crave? It's less work to grab the songs free via any

Music discovery is the key to sales; and with radio and traditional

becoming less relevant, full song streaming is the only way for

about. In Music 1.0 a great print review did not necessarily lead

to sales. In the new music business, 90 seconds of music will not

You're obviously a very savvy businessman. That means you know

away. Sometimes you've got to give the shills a real taste before