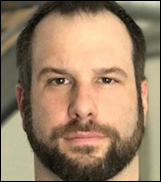 MIAMI (CelebrityAccess) — Manager Veikko Fuhrmann is moving into the world of concert promotion with the launch of a new venture aimed at producing concerts in Canada.

According to Billboard, Fuhrmann's new venture, We Are Live, will be based in Miami but will focus on promoting live events north of the border.

“I produced Ricky Martin and Romeo Santos tours in Canada and realized there are few Canadian promoters focused on bringing Latin acts to Canada and they’re very niche,” Fuhrmann told Billboard. “There are many Latinos living in Toronto, Vancouver, and Montreal, but there are few mainstream Latin events.”

According to Billboard, We Are Live's first show will be a Sept. 1st performance in Montreal by reggaeton star Nicky Jam.

Fuhrmann is the founder of Tall Friend Entertainment and is currently a partner at Motion Music Management, where he manages La Ley, Alx Veliz, Brian Cross and Fede Vindver among others. – Staff Writers