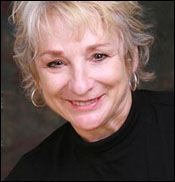 MINNEAPOLIS (CelebrityAccess MediaWire) — Sue McLean, a long-time veteran promoter from the Twin Cities and the head of Sue McLean & Associates, died on Friday after a long battle with cancer. She was 63 at the time of her passing.


A native of Dayton, Minn., McLean got her start in the music industry working at a college radio station while attending classes out St. Cloud State and then joining promoter Randy Levy’s company in Minneapolis in 1974, where she booked both local bands such as he Suicide Commandos and Curtiss A as well as developing international artists such as Elvis Costello and the Talking Heads.


McLean also spent a turn as the in-house talent buyer for Duffy's Nightclub and spent a decade long tenure as Special Events Director at the Guthrie Theater before she left in the mid 1990s to launch Triad Entertainment. In 1998, she moved her flag to Sue McLean and Associates and since then, was consistently one of the top independent promoters in the U.S.


“She had a greater effect providing musical joy to the Twin Cities and greater Minnesota via her work than Dylan and Prince combined,” veteran Minneapolis singer-songwriter Paul Metsa told the Minneapolis Star-Tribune. “Sue was a true lifer who both lived by and conducted her business by high ethical and artistic standards and exquisite taste. Unlike most of those in positions of power in the music business, she was completely devoid of attitude and ego.”


Sue's niece Patricia McLean told the Star-Tribune that she intends to keep SMA open for business.


“I’ll be taking over the business at Sue McLean & Associates [SMA] and it will continue business as usual, “ Patricia McLean said Friday. “Sue left an incredible legacy to uphold. I’m not Sue, but I’m going to do my damnedest.”


McLean is survived by her daughter, Lilly; brother, Terry, and his wife, Joan; her sister-in-law Marilyn McLean, as well as several nieces and nephews.

Funeral services will be on May 24th at 11AM at the Basilica of St. Mary in Minneapolis. Visitation will be 9:30AM to 11AM in the church prior to the mass, with a reception following the funeral. Music tribute concert details to come. Memorials preferred to "Lilly McLean Fund" at US Bank.- CelebrityAccess staff writers