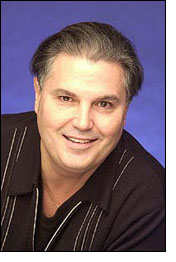 Most of the spotlight may have been on the benefits concerts in New York, Washington, DC and Nashville last weekend (October 20-221), but another benefit, organized by Styx's Tommy Shaw and manager Charlie Brusco of TBA Entertainment, brought in more than $1 million for victims of the September 11 terrorist attacks.

Classic rockers Styx, Journey, Bad Company, REO Speedwagon, Mark Farner, John Waite and Edgar Winter grossed $454,000 at their Oct. 20 concert in Atlanta at the Hi Fi Buys Amphitheatre, while their concert the following day in Dallas at Smirnoff Music Center grossed $387,000. In addition, merchandise sales generated $150,000. Some items were auctioned to bring in another $40,000.

Emmy award-winning lighting designer Jeff Ravitz donated lighting services and resources for the event. Ravitz, longtime LD for Bruce Springsteen and the E Street Band, also donated his services for The Alliance of Neighbors concert at the Count Basie Theatre in Redbank, NJ Oct. 18-19. Garry Tallent, bassist for Springsteen's E Street Band, organized the event in conjunction with the World Hunger Year founded by Harry Chapin. The organization was planning a benefit prior to the attacks, but in the aftermath of the tragedy, focus was shifted immediately to relief for family members of those lost or killed in the terrorist destruction of the WTC. The Redbank area statistically has the highest percentage of loss.