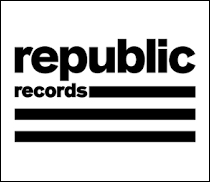 As Executive Vice President and Head of Urban A&R since 2014, Ms. Goldstein's most recent successes include playing roles in number one album releases from artists such as Ariana Grande and The Weeknd, as well as platinum singles from Hailee Steinfeld and DNCE, among others.

2016 saw her work on Grande’s Dangerous Woman, which was released in May in addition to working closely with The Weeknd on his forthcoming new full-length album Starboy. On the horizon, she’s gearing up for records from Steinfeld, DNCE, Marc E. Bassy, Julia Michaels, and Prince Charlez, Republic said.

Goldstein's first foray into the record industry was as an A&R assistant at Epic Records. In 1993, she joined the A&R team at Geffen and signed The Roots, Common, GZZ and The Bloodhound Gang among others.

More recently, she has served as head of Urban A&R at Priority Records/Capitol, where she worked on projects with Snoop Dogg and Chingy. She joined Republic in 2009 as an A&R consultant and then more formally in 2011 when she accepted a role as SVP of A&R for the label. – Staff Writers