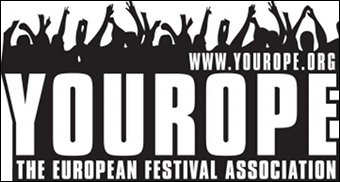 LONDON (VIP NEWS) — YOUROPE, the European Festivals Organization, have turned their attention to the problems of artist contracts and riders.

During the past year YOUROPE’s members have collaborated in workshops during their meetings in Groningen and Hamburg, and at the most recent workshop in London, to produce a final version of standard contract terms applicable to the engagement of artistes and performers for all participating YOUROPE member festivals, as well as a simple and fair standard booking agreement for smaller bands.

The following festivals have already confirmed their participation in the new scheme, and will use the new standard terms for the 2012 festival season:

Christof Huber, General Secretary of Yourope said "It was the wish from so many members to create such Standard Terms for the European festivals. It should make life easier for festivals as they have standard terms for important topics, rather than a number of contract terms which they can’t fulfill.“

Ben Challis, a UK based specialist music lawyer said: "I found it interesting that there was such widespread and legitimate concern amongst YOUROPE’s members about artiste contracts and in particular artiste riders, which often arrived at the last minute with demands that could never be met by a festival.

"If it was a matter of providing caviar, Stolichnaya, Bollinger and a bowl of M&Ms with the brown ones removed, or puppies in an all white dressing room, it would be concern enough, but serious issues relating to security, safety, payment terms, curfews, noise limits, force majeure, cancellation and insurance obligations are often now included in artiste riders on terms that have never been discussed, let alone agreed.

"I am sure the recent weather related tragedies in the USA and Belgium have focussed minds – and concerns over one-sided and inappropriate contract terms were repeatedly raised at the recent International Live Music Conference and the International Production Meeting in London. The new YOUROPE standard terms are designed to make it clear where responsibility lies, and in particular what each party is expected to take responsibility for and insure, on a fair and reasonable basis."