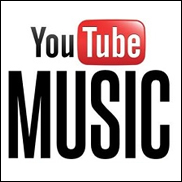 SAN FRANCISCO (Hypebot) – We've been hearing that YouTube would be launching a subscription service "soon" for months. But the devil is always in the details; and closing deals with all the major music groups had been elusive for the Google subsidiary. The launch date appeared to get a lot closer today after Google reported the completion of a deal with Merlin, the umbrella group representing more than 2000 independent labels.

As we reported this summer, negotiations with Merlin's indie consortium were often contentious, and at several points reached a public impasse. Many in the independent community have long felt they were not being fairly compensated by YouTube and Google, and vowed to hold out for a fair deal from YouTube's subscription music offering.

Apparently, after "months of acrimonious negotiations" a deal is now done, according to the Financial Times. That – and rumored deals with the 3 majors – has led several media outlets to declare a launch imminent.

Details of what a YouTube music service will look like are are slim. But it is believed that monthly paid subscribers will be able to listen to music and watch videos without ads, as well as, save audio and video playlists for offline listening. How it will link to or compete with Google Play is also unclear.