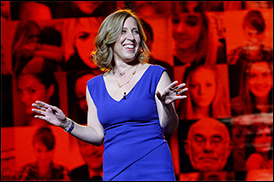 SAN FRANCISCO (CelebrityAccess) — (Hypebot) – To paraphrase The Kinks, I'm so tired, tired of waiting, tired of waiting for YouTube to launch their paid subscription service. But it looks like, while we may not yet see a full launch, we will learn more about the new service this Wednesday.

YouTube will unveil some of the programming it is funding to place behind a paywall as part of its new subscription service at an industry event at its Los Angeles studio this Wednesday October 21st.

It is unclear how comprehensive Wednesday's announcements will be. Previous rumors had pointed to a full launch by the end of October, but now some sources suggest that may not come until early next year. Wednesday's unveiling is expected to at least include some of the content YouTube promised last year when it said it would fund videos from some of its top creators.

Many in the industry are complaining about the size of the payments that YouTube returns to creators and rightsholders; and just as Spotify Premium pays higher royalties than its free ad supported version; a paid YouTube subscription service should boost payments as well.