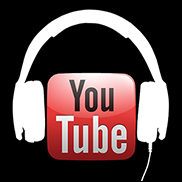 (Hypebot) – While YouTube has undeniably had an extensive impact on the music industry, it could be bringing about an even greater cultural shift than previously guessed. As teens and pre-teens increasingly gravitate towards YouTube stars for their entertainment, they are also moving away from music.


YouTube’s disruptive commercial impact on the music industry is well documented but the real threat to music is far more fundamental and can’t be ‘fixed,’ not even by the world’s best lawyers. This is because the most important impact YouTube is having on music is not commercial, it is cultural. While the music industry is grappling with how to deal with the premium revenue that YouTube appears to be sucking away, a whole generation of (largely non-music) creators native to YouTube have quickly learned how to build highly profitable careers and businesses solely on YouTube. And in doing so they have created an entirely new youth culture. A culture for the sub-millennials, the early teens and pre-teens that are still lazily referred to broadly as Millennials or Digital Natives, but are in fact an entirely new and distinct from those consumers. It is a generation that creative types such as Frukt and the Sound are calling Generation Edge. The emerging behaviors of these consumers are dramatically different from their older Millennial peers and are the catalyst of an entirely new era of youth culture. Crucially a culture in which music looks set to play much less central role than it has ever done so before for youth.


In Search Of A New Subculture


At the Future Music Forum, Frukt’s Jack Horner observed that most music genres, and indeed media as a whole, are becoming age agnostic, which means that it is really hard for Generation Edge to find music that they can own, that their mum and dad aren’t going to sing along to too. This is the price to be paid for media and brands having successfully convinced aging 30 and 40 somethings that they are still young at heart and in the pocket. So with no music subculture to cling to Generation Edge has instead gravitated to YouTube stars.


For those not familiar with this wave of YouTubers, it is nothing short of an entire new culture in which the platform, medium, format and talent blends into a single entity. Where the term ‘YouTube’ refers to each and every one of those aspects. The type of content created is as diverse as fashion vloggers, slow motion film makers, online gamers, pranksters and comedy. The unifying factor is that these creators are young and have built personality brands and audiences that not only owe nothing whatsoever to traditional media, but that often far surpass that of traditional TV, film and music audiences. YouTubers are becoming the key cultural reference point for Generation Edge. 7 out of 10 of the most recognized personalities among American teens are YouTubers. A comparison of the number of YouTube subscribers and music artists with the same number gives us an indication of the scale of the popularity of these native YouTube creators for Generation Edge:


Equally significant – there isn’t a single music artist in the top 10 most subscribed artist channels. While it is easy to counter with YouTube being just one consumption platform among many, for Generation Edge it is their main consumption platform. Under 12s in the UK now spend 15 hours a week watching YouTube. These YouTubers earn serious cash on YouTube (PewDiePie earns up to $1 million a month) and are also taking their brands ‘offline’ as evidenced by national tours by the likes of Miranda Sings and sell out theatre gigs by the likes of the Janoskians. When PewDiePie went to Japan he was greeted with hoards of screaming teenage girls.


The Essence of Stardom and Fandom


For those not in the target demographic, it can sometimes be difficult to grasp exactly what the creative value is of many YouTubers. But that generational inability to grasp the essence of YouTube talent is exactly the same dynamic that music always had when it was the spearhead for youth rebellion. A kid trying to explain to his mum why Stampy Does Minecraft is worth watching hours on end is simply a 21st century rerun of kids trying to convince their parents of the musical worth of Elvis, the Beatles, the Sex Pistols and so on. That is the entire point of a youth culture – older generations aren’t meant to get it.


Everyone is familiar with concept of bands and singers having the x factor, the elusive magical something that an act can have that is often entirely unrelated to their musical talent. How many technically perfect bands have there been that have just fallen flat because they lack that magical something? The successful YouTubers have that exact same magic dust. What they are showing us is that the x factor does not need to be wedded to a guitar or a keyboard.


The Voice Of Youth


The age of YouTubers’ audiences is crucial. The fact they are pre-teen and adolescent means that they are in highly formative stages of their lives, looking for something that they can connect with and that they can ‘own’. In previous generations this was a role successfully filled by pop and rock stars. Now it is YouTubers. The comment of one PewDiePie fan says it all: “When he looks down the camera I know he is talking to me.” Through the eyes of pre and early teens the world is a confusing place that just doesn’t comprehend how they feel or who they are. Successive generations of youth viewed song lyrics as an almost magical window into their own soul, an indication that someone out there actually understood them, that they were not alone. Now as PewDiePie shows us it turns out that haunting melodies and tortured lyrics are in fact only the vehicle for that connection. That shouty computer game commentaries can do the job pretty well too.


We are at the early stages of the YouTuber phenomenon – it is really only in the last 2 years that the movement has really begun to gain substantive scale and recognizable form. So it would be churlish to suggest that the current mix of talent and formats will necessarily be the same 2 or 3 years from now. We also don’t know whether YouTubers will be able to transition their audiences as they age. But what is clear is that the connection between star and fan has been reinvented by YouTube and that thus far music stars have not managed to grasp it. Even Taylor Swift, someone who does actually get YouTube, only has 1.3 million subscribers to her non-Vevo channel. Music is still always going to be the soundtrack to the bewildering, dazzling and breath-taking journey from childhood to adulthood. That much remains the same. But the days of music stars automatically being the defining characters of youth are now gone.