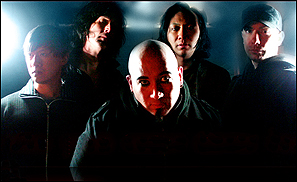 HARTFORD, CT (CelebrityAccess MediaWire) — 23Rainydays, a rising star in the Washington DC mMusic scene, will be performing two label showcases at the end of May. May 30th brings them to the Webster Underground in Hartford, CT and May 31st brings them to the Crash Mansion in New York City.

23Rainydays has already shared stages with bands such as Kill Hannah, The 69 Eyes, Katatonia, Modern English, Wednesday 13, Hanzel & Gretyl, Violent Femmes, Guided By Voices, and Program the Dead, among others and has received high acclaims from local critics, as well as airplay on top DC radio stations. The band has been noted as number one in its region for its genre on Myspace.com.

These shows are open to the public, and should prove to be something that the music scene in general has been lacking; a band that puts it's best foot
forward every second on-stage, with a complete stage show that takes nothing away from the music.

"Decked out in eyeliner, the group creates moody goth-punk reminiscent of Chicagos Alkaline Trio. 23rainydays carries a deep appreciation for dramatic 80s groups like the Cure, channeling their inner Robert Smith in creating darker soundscapes a fact clearly evident on tracks like Broken. 23Rainydays is certainly a band to keep an eye on." said On Tap Magazine about the band.