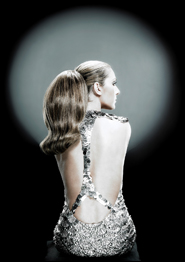 HALIFIX (CelebrityAccess MediaWire) — Celine Dion has already scrapped one of the dates on her upcoming 2008 tour.

The Canadian press is reporting that an August 23 concert that had been planned for a Halifax Park has been scrubbed with Dion's promoter, Montreal-based Gillett Entertainment Group, stating that the venue was not suitable for the performer's needs.

"Following discussions with various professionals and experts, it was agreed that the venue is not appropriate for the concert's elaborate production needs and would not satisfy the best interests of Celine Dion's public," the promoter said in a statement "For all of the above reasons, Gillett Entertainment Group thanks fans for their understanding of the unfortunate situation."

The park has previously been used to stage a concert by the Rolling Stones last year and hosted a visit by Pope John Paul II.

Halifax officials, who have been fiercly competing in recent years to lure major performers to the city, seem to be mystified by the turn of events. "It is unfortunate, but that sometimes is the nature of the entertainment business," said Mayor Peter Kelly in a statement "We are not always privy to the reasoning behind the decisions of entertainers … We believe we have one of the finest outdoor concert venues in the country, and I am confident there will be concerts on the Commons next summer." – CelebrityAccess Staff Writers