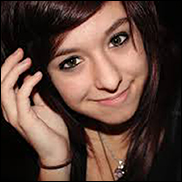 ORLANDO, FL (CelebrityAccess) — Christina Grimmie was a rising star. Smoothly sailing towards the apex of her career with a strong and beautiful voice and an infectious positive attitude.

That light was brought to an end the evening of June 10th after her concert at the Plaza in Orlando, Florida. She made herself available to her fans for photos and autographs when the unthinkable occurred. This young artist from New Jersey, with the powerful voice, was shot by a man in the crowd of fans. Grimmie’s brother did tackle him down before anyone else was hurt. The gunman then turned the gun on himself and died.

Orlando Police Chief John Mina declined to release the name of the suspect pending further investigation, but said that he had come from another, unidentified, Florida city to kill Grimmie, according to USA Today.

"He came here to commit this crime and had plans to travel back to where he came from," Mina said. He added that there is nothing pointing to the assailant knowing Grimmi.

Christina Grimmie was brought to the hospital. Sadly, the girl considered an “unstoppable force” did not make it.

Grimmie was well known for making it to third place on the sixth season of The Voice, on Adam Levine’s team. Christina actually began on YouTube, in her teens, with her strong vocals and her keyboard, garnering over three million followers.

The Philadelphia Music Alliance issued the following statement, “We are horrified and deeply saddened over the unconscionable murder last night of Christina Grimmie,” said PMA Board Chairman Alan Rubens. “She was poised to be one of the Philadelphia area’s next global music ambassadors, but her star shined all too briefly. Christina was struck down at a terribly young age, doing what she loved best. We’re extremely proud to have called her our own, and she will not be forgotten. We extend our heartfelt condolences to her family, friends, and fans as we cherish her memory.”

Today Christina would have turned 22.