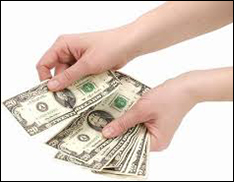 (Hypebot) – Here Jesse von Doom of CASH Music explains operations behind the CASH Music Revolving Fund, a system put in place to allow artists access to the capital needed to properly market their wares, as well outlining the guiding principles behind the fund.

Last Friday, way too late for a traditional announcement, Ted Leo tweeted about a limited bundle of Lookout! dead stock. He was selling 100 tote bags stuffed with classic, out-of-print vinyl, CDs, and even a “Hearts Of Oak” patch that can’t be beat. Within an hour all 100 bundles were gone — a testament to how much Ted’s music means to people.

It also speaks to a glaring need facing artists: access to capital.

Selling something like a dead stock bundle means more than just having boxes of stock lying around. It means thinking about things like packaging, the little extras, researching price points, and setting up the tools to actually sell things. More than anything it means having the money to print tote bags, patches, or whatever turns boxes of old stock into something special for your audience. It’s a situation where not having a thousand dollars to spend on producing stuff gets in the way of making a living.

So while I’m proud that CASH Music tools powered the sale itself, I’m even more excited to say that this was the first project in an experiment we’re calling the CASH Music Revolving Fund.

I first heard the term “revolving fund” when I lived in Providence, Rhode Island. The Providence Revolving Fund is a great organization that works on historical preservation by making low-interest home improvement loans to homeowners living in their own houses. It serves both preservation and the community, keeping money and ownership local. This came rushing back as we talked about how to help artists with production money. A little research quickly showed that a revolving fund was exactly what we were looking for — money that sits outside our annual budget, focused on a pay-it-forward lending program for artists.

So we did what anyone in our situation would do: we called our pals at MailChimp looking for help funding the idea. They were into it and gave us enough modest funding to get the program off the ground. Next we called up Ted saying “remember that bundle idea you mentioned?” Soon enough we were looking at art for tote bags, calling up patch makers, talking price points, and making plans for release.

We’re still working out the details of how the Revolving Fund will work but we’re committed to a few guiding principles:

We’re still figuring things out, but I’m so excited to see where it goes. There will be more announcements in the coming weeks, but for now I’m just glad I can say it publicly: