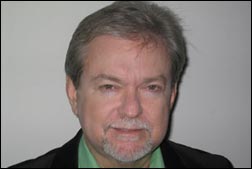 "It’s a true pleasure to welcome back Eddie in our team. His experience and skill as A&R are very important to successfully face the challenge for expanding our business in the region," said Lopez.

"I am thrilled to be joining UMPG and look forward to aggressively expanding on UMPG’s already impressive Latin catalogue of songwriters and artists," added Fernandez.

Fernandez began his career at Sony Music Publishing as head of A&R in 1991. In 1995, he became Director of A&R for Sony Discos. Fernandez left Sony in 1997 to oversee the A&R department of Universal Music Latino. In late 2003, Fernandez was hired by Sony to head the Latin American region and US Latin operation.

Universal Music Publishing Group has recently been the recipient of numerous awards, including the prestigious Latin Music Publisher of the Year award at the El Premio ASCAP awards (for the fifth time) and Songwriter of the Year (for the fifth time via UMPG’s Rudy Perez). UMPG’s Gustavo Santaolalla recently won an Oscar (Best Original Score) and Golden Globe (Best Original Song) for "A Love That Will Never Grow Old," co-written with UMPG’s Bernie Taupin for the Brokeback Mountain oundtrack. Earlier in 2006, UMPG’s Willy Chirino received a GRAMMY award for Best Salsa/Merengue Album while Molotov won Best Rock Album of the Year at Premio Lo Nuestro awards.

Fernandez attended the Music Conservatory of Puerto Rico and received his Bachelor of Arts & Sciences from Catholic University of Puerto Rico. Fernandez is also a professional pianist, music director, and producer.